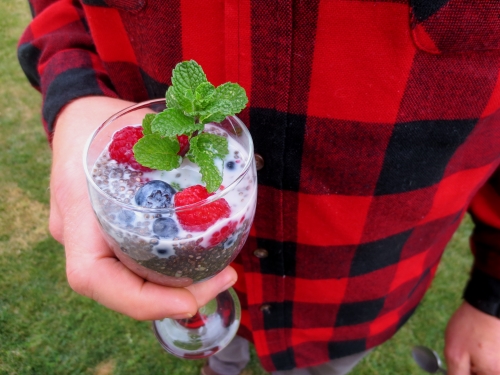 Wes is planning a backpacking trip for a few weeks from now. I don’t get to go, so I’m going to make him work by testing some recipes for us. 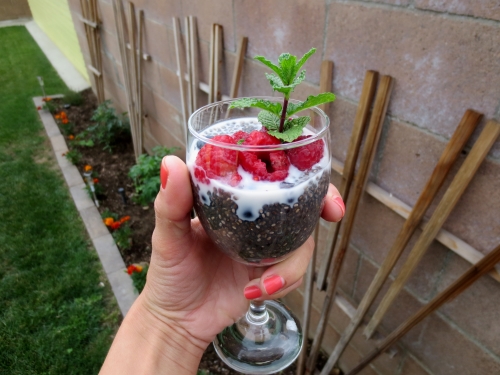 Chia seeds are the superfood of the moment. I’ve avoided them mostly because I have a retainer and they always get stuck in it. Then I saw a recipe for chia seed pudding, and I thought it would be a genius idea for backpacking! The recipe is incredibly simple, ultralight, non-perishable until mixed with liquid (and then only slightly more perishable), versatile, and uber-healthy! Genius. 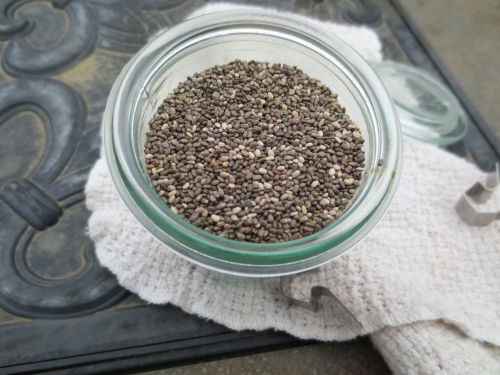 In our initial testing, we tried mixing some chia seeds with almond milk and some with water. The photos show the water option, which is the easiest option in the backcountry. I did end up floating a bit of almond milk for some flavor. Aimee wants to try sweetened condensed milk. Honey packets would be great. I think I’ll send freeze-dried berries and some Honey Almond Granola Brittle with Wes for his trip. Do you have a better idea? I’d love to hear suggestions for this and any other meals you think is worth testing. Let us know in the comments below or on our Facebook page. 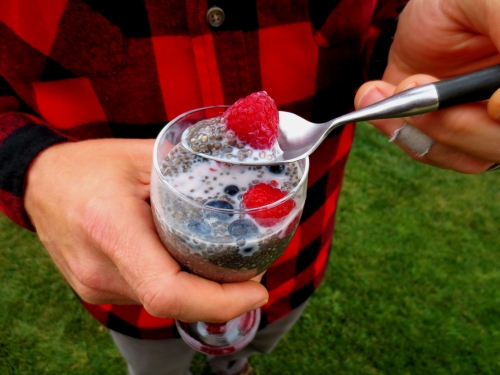