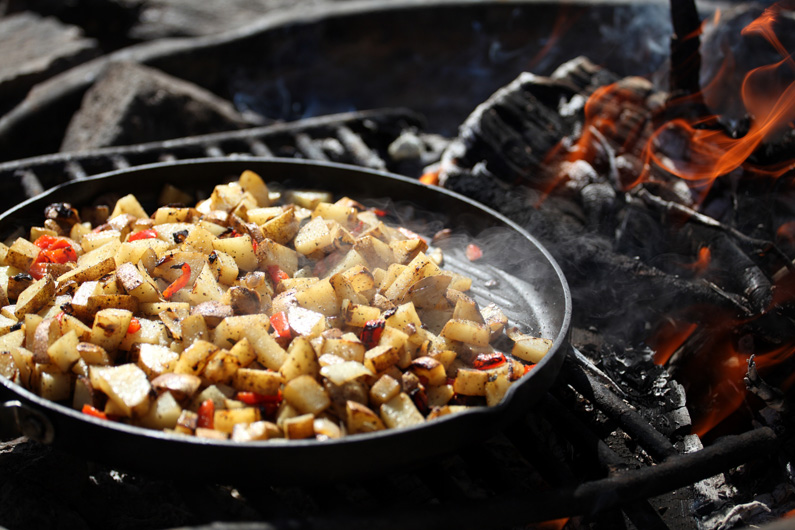 We went on our Family Easter Camping Extravaganza trip as always. The trip was up in the air until literally the last minute for several reasons. We switched the weekend around a few times, attempting to coordinate with my engaged sister and her new husband and family who were supposed to be coming out to celebrate with us. That fell through, and so we switched back to Easter Weekend. Then I fake switched it back to the next weekend for April Fool’s Day and really angered everyone involved. Then, less than 24 hours from the departure date, I got a phone call asking me to come to an interview on Saturday. I waited until the last second the day we were supposed to leave to see if it could be rescheduled. As soon as I found out it was, I was off.

We went to a new old location this year. A repeat trip of Carrizo Plain National Monument was originally planned, but a known lack of wildflowers took us closer to home for everyone. Uncle Danny chose Sawmill Campground near Lake Hughes and Castaic. It was a place he hadn’t been for many years, but we trusted him anyway. He always makes it a top priority to find us a location where we can truly feel free. From crowds and from the law. To let our dogs run wild and our music be loud. We look like band of traveling gypsies when we set up for Easter.The location ended up being perfect for just that, despite the shocking visits of three rangers checking to see if we might be having a rave. 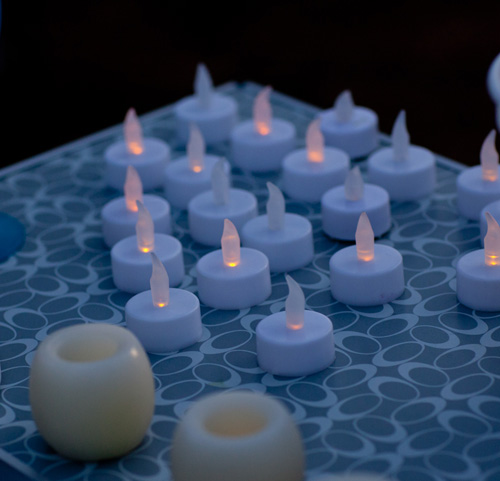 I arrived after dark (after taking a nice detour up I-5 past my turnoff, and then another detour past my second turnoff on a bobcat-spotted backwoods road). The road up to the campground was rutted and bumpy. Wes had never taken his Corolla into such conditions before, and his attitude as a passenger was admirable. I made it the majority of the trip up before spotting my dad, who escorted us the rest of the way, and then took credit for the whole of my success. We were greeted at the campground gypsy town entrance by color-changing solar lights, trailers, more multi-colored string lights, a raging campfire, and beer. The parents are experienced. They know what they are doing. 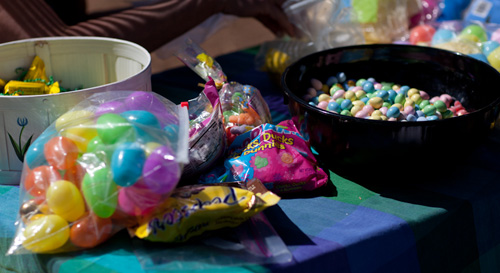 The majority of the party showed up Saturday morning, just as “the grate master” had finished cooking up the perfect amount of campfire potatoes for the people that slept there. We spent the rest of the day talking about running 15 miles on the Pacific Crest Trail, while instead drinking whiskey and learning to shoot a BB gun (I shot four bottles/cans in a row, and was the only one to beat the original reigning champion- my mother). 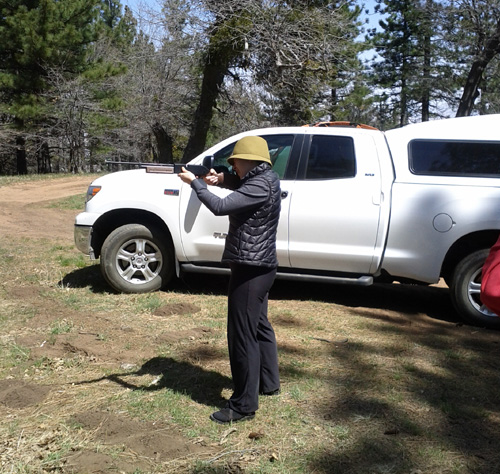 I did end up running on the PCT on Sunday morning with Uncle Danny, Aunt Linda, and Wes, though the 15 miles goal turned into 5. It was beautiful and I can’t wait to go back to explore more of it. 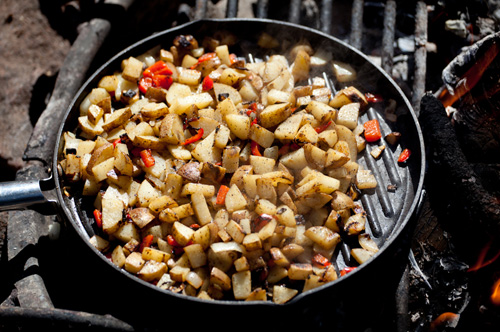