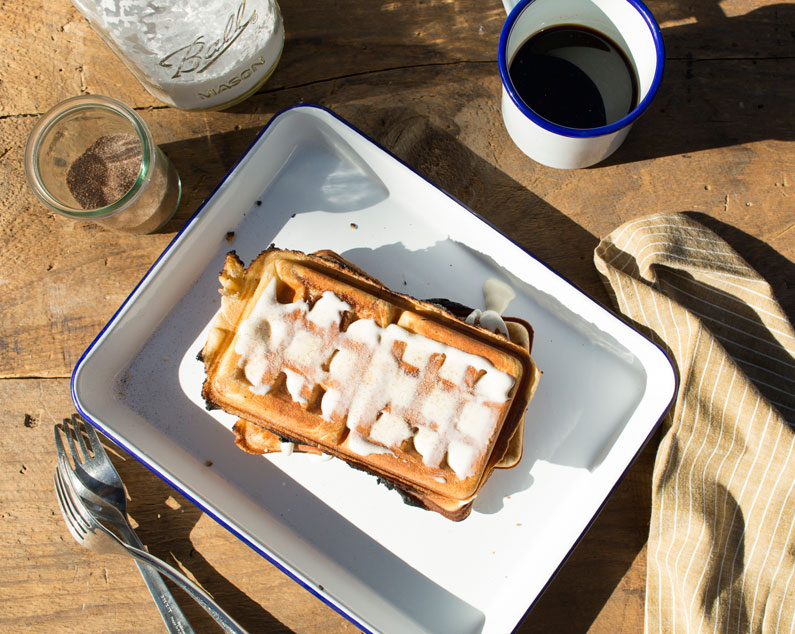 One truth about outdoor cooking is that there will be fails. Another truth is that even when you fail, you’ll usually find a way to fix it. You’re not going to be able to run to the store to pick up a forgotten ingredient, or go home for a missing piece of equipment, so you’ve got to figure something out. This challenge is one of my favorite things about cooking outside and this Campfire Cinnamon Roll Waffles recipe is a great example of turning a fail around. 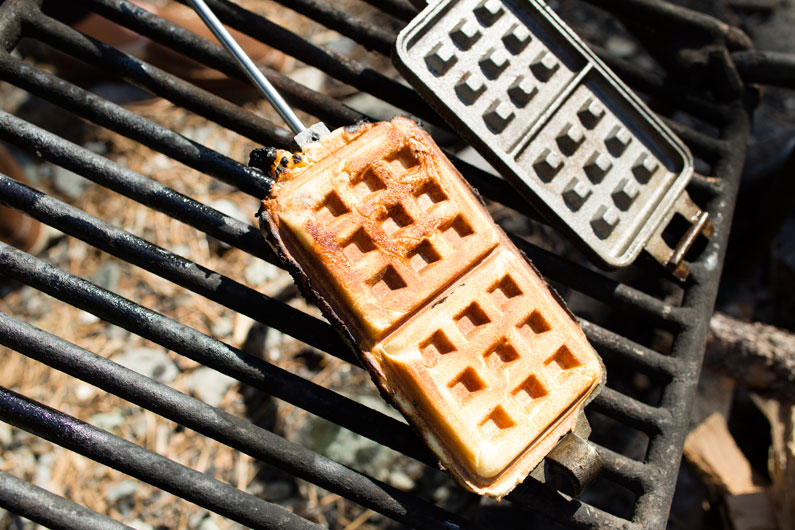 A while back, Emily, Mai-yan and I went out with our friend Ryan to test some recipes we had made at home and photograph them for future blog posts. I’ve been wanting to post a dutch oven cinnamon roll recipe for quite some time, and I was excited to make them on this trip. I made the dough at home so it was all ready to go at camp, but when we got to camp, we found out that campfires weren’t allowed! Without a campfire, it seemed like my dutch oven cinnamon rolls weren’t happening.

I couldn’t let that dough go to waste though, so we got creative. We had a waffle pie iron

and decided to try putting the dough in it and cook it over my camp stove. I had a feeling it would work since I’ve successfully made things in my pie iron on my stove at home (yes, I might be a little pie iron obsessed). It did work, and it was perfect!

A spread of cream cheese frosting is essential for the top of these waffles. We made the frosting at camp with just a whisk, but you can make it at home with an electric mixer so you don’t have to work so hard. 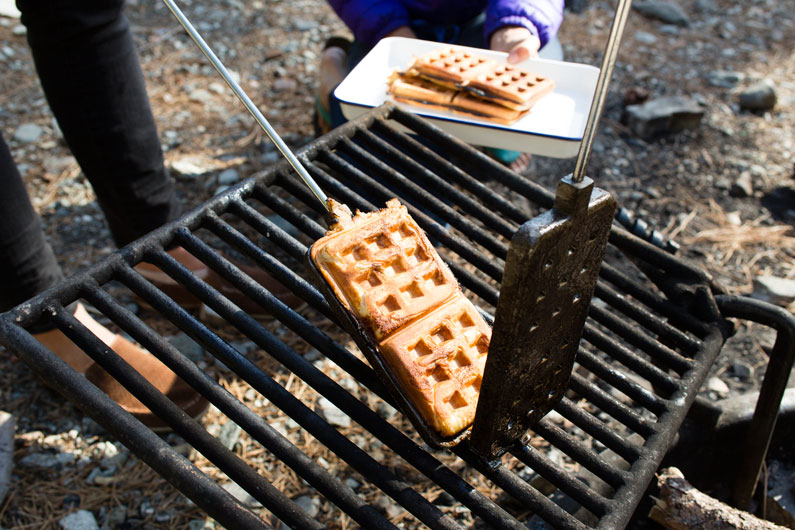 2 hours (including rising time) / about 5 minutes per waffle