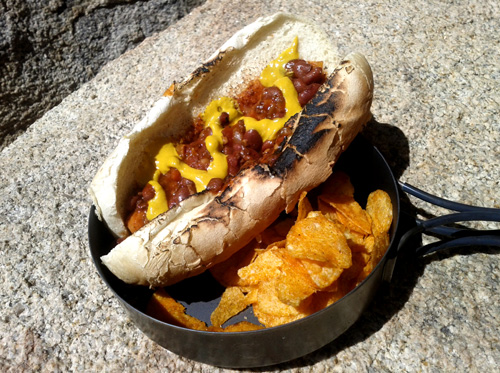 I am a very shy person. There are a lot of people nowadays who would argue this, but it’s true. I barely spoke to a soul outside my family until I was 13. My mom likes to tell the story of taking me and my sister to K-mart and letting us go buy Icees at the front while she was in line at the register. I was probably 7 and my sister 4, but I held my sister up to the counter to order so I didn’t have to do it. I’ve spent a lot of time since then using the “fake it till you make it” approach to pretend I have confidence. This has helped (at least enough to get people around me to believe it), but if there’s a human interaction I can avoid, I still will.

This year, I decided to give up shyness for Lent. I did it mainly to avoid having to give up cheese, the thought of which had me binge cheesing immediately. I’ve given up some interesting things in my past- yelling, the mirror, meat, indecisiveness- and each opened up new worlds for me. Some of them even stuck. It truly is amazing what you can convince yourself to do when you convince yourself that you “have to.” 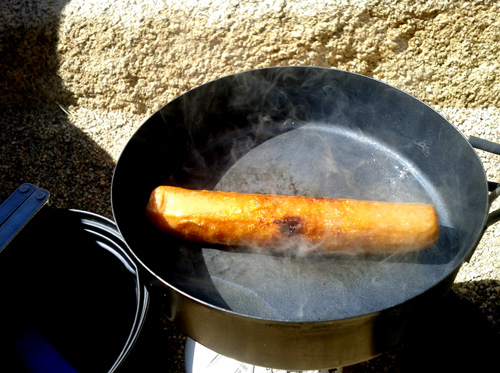 Anyway, this year’s choice has been really successful. I started talking to people- even initiating conversations- in places like the climbing gym and the hair salon. I hung out with my next door neighbors and became a member of a CSA, since I wasn’t afraid to answer the door. I went to see Wes give a talk at the college where he teaches, and I raised my hand and asked a question! I even went to NPR’s studios and spoke into a microphone. Giving up shyness has gotten me more web development work, new friends, and maybe even a little confidence that I could continue being unshy after Lent is over next week. It’s a little like that “Yes Man” movie.

We just had our annual family Easter Camping Extravaganza this weekend, and Lent is over, so no more forcing me to make phone calls or go shopping alone (notice how I didn’t admit what I gave up for Lent until after it was over). A bunch of fabulous recipes came out of the weekend, especially since it was a birthday party for my mom (and Uncle Steve- her brother that was born on her second birthday) as well. 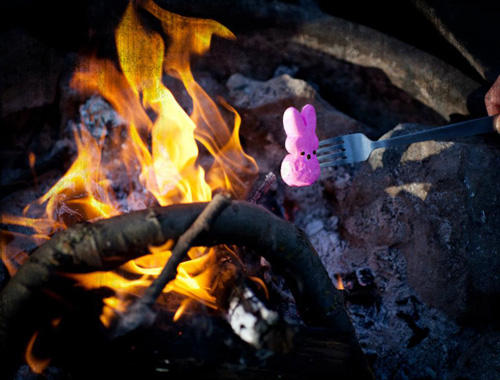 For now, here’s a man-friendly recipe we had in Joshua Tree last week. We were just on a day trip, and not even there to climb. And hey- I know these pictures aren’t the most glamorous. But would you really want to eat a glamorous chili dog? I had to run 13 miles, and running through wildflowers in the desert was the thing that motivated me to do it. I can’t believe I’m still not excited about running! I was hoping that after my marathon, I’d just be a runner, but I’m not sure that’s gonna happen. Maybe next Lent, I’ll figure out what to give up that will help me achieve self-motivation. 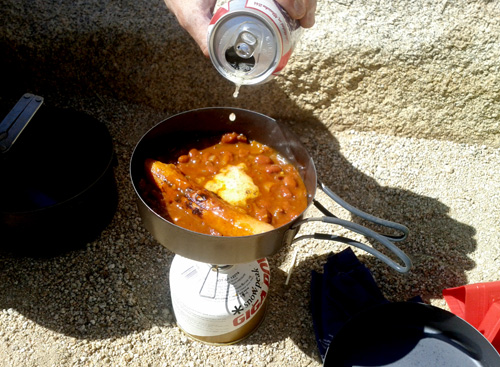 For the Chili Dogs