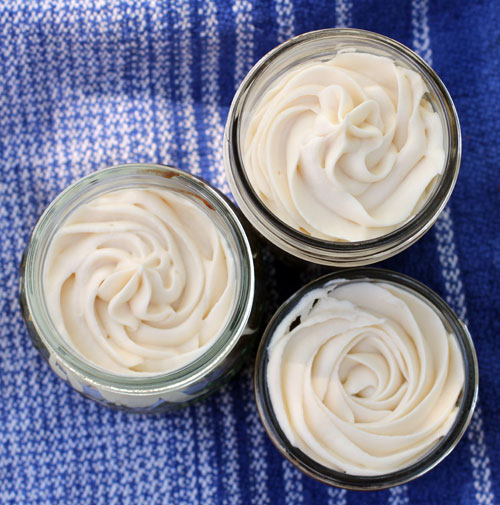 I realize I’m late on the cupcake in a jar trend, but there’s a reason. When I first heard of it, I thought it was a pretty silly idea. But then it occurred to me that it was brilliant for camping trips or picnics, since there’s always the issue of how to transport frosted cakes or cupcakes. I’ll never buy one of those cupcake carriers, but I’ve got plenty of jars around the house. You can even use old jelly jars. The cakes even bake right in the jar – no need for cupcake liners and muffin tins. The Chocolate Cupcake recipe is vegan by chance, but I also make a vegan version of the cream cheese that’s great. Just substitute vegan cream cheese and margarine (such as Earth Balance). 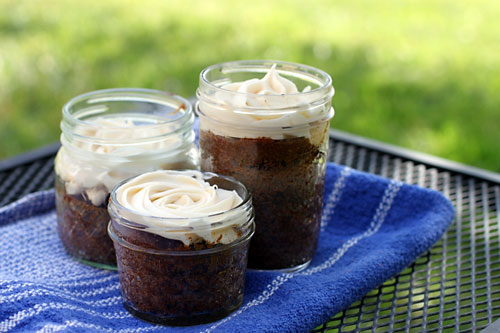 About 12 cupcakes (depending on the size of the jars)