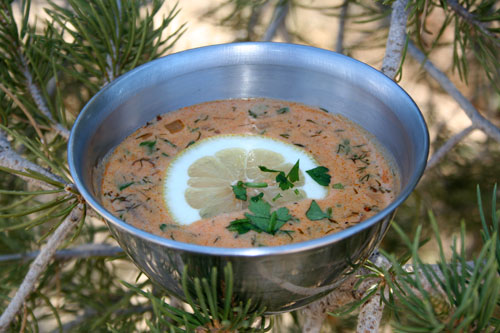 Mai-yan has been great about going to Joshua Tree National Park all summer to climb. I don’t really know how they did it without dying in the desert, but they did it. I was jealous every time, but couldn’t convince myself to fight that heat. I wasn’t even going to go this weekend, due to an invite to Santa Barbara wine country. The hotel we were going to stay at caught on fire, though, so I was left planless. I made Mai-yan pick me up in their red VW van, and went out to trad climb for the first time in years.

“Trad”, or traditional climbing, means that you carry your own gear with you that will be placed in cracks in the rocks as you climb up. This gear will (hopefully) protect you if you fall. I am more of a boulderer/sport climber, mainly because I’m a wimp. I did not place any gear in rocks this weekend. I don’t know if I’ll ever get the guts to trust myself with that. But it was still a whole different type of climbing than I usually do, so it was fun and challenging without that head game. And this was actually, sadly, the first time I have ever climbed with Mai-yan! We’ll be doing it much more often now. 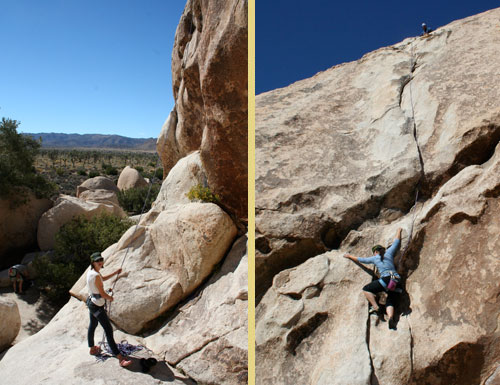 We had a list of recipes that we were excited to try out on this trip, but they were all technically dinner recipes and we were only there one night. We practiced with some interesting campfire meals Saturday night, and saved this mushroom soup recipe to test out for breakfast. Honestly, I wasn’t too excited about this one at first. Aimee found it and told us it was delicious. She’s usually pretty trustworthy, so we were willing to try it, but I thought it was just going to be a typical cream of mushroom soup. The kind you buy in a can and add to your chicken pot pie. We were surprised when it turned a warm red from the paprika, and smelled like my house in college when my roommate was cooking for her Russian club.

The original recipe called for dried dill and fresh mushrooms, but we used fresh dill and dried mushrooms. The dried mushrooms plumped up perfectly without the need to soak them first. You have to use a lot more fresh dill than dried, but it was nice to see the green throughout the soup. The only truly perishable ingredient in our recipe was sour cream, but here’s a powdered version

of this to make it backpacking friendly. Soup doesn’t sound like the most filling backcountry meal, but it was. It would be great with a grilled cheese sandwich made on the fire at the end of the day. It was even surprisingly perfect for breakfast.