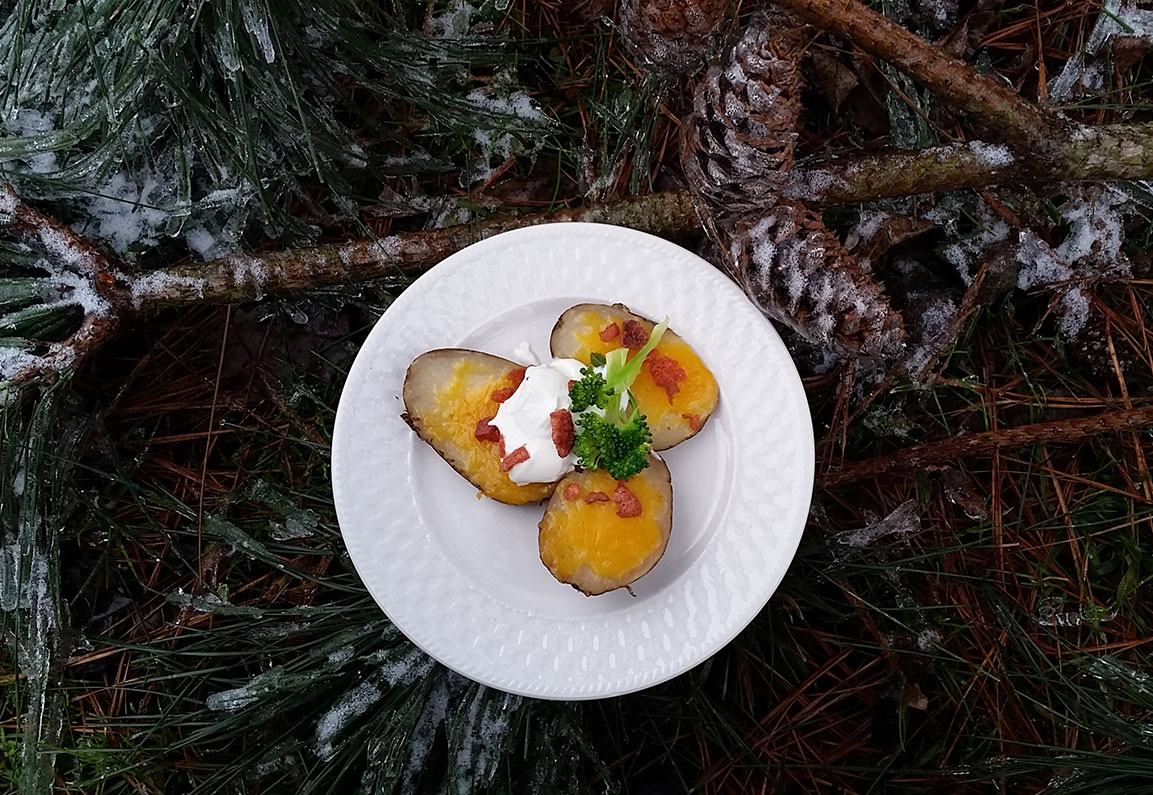 Ok, so they aren’t exactly potato skins, but they taste the same, which is amazingly delicious, and the shape is much more appropriate for camping. 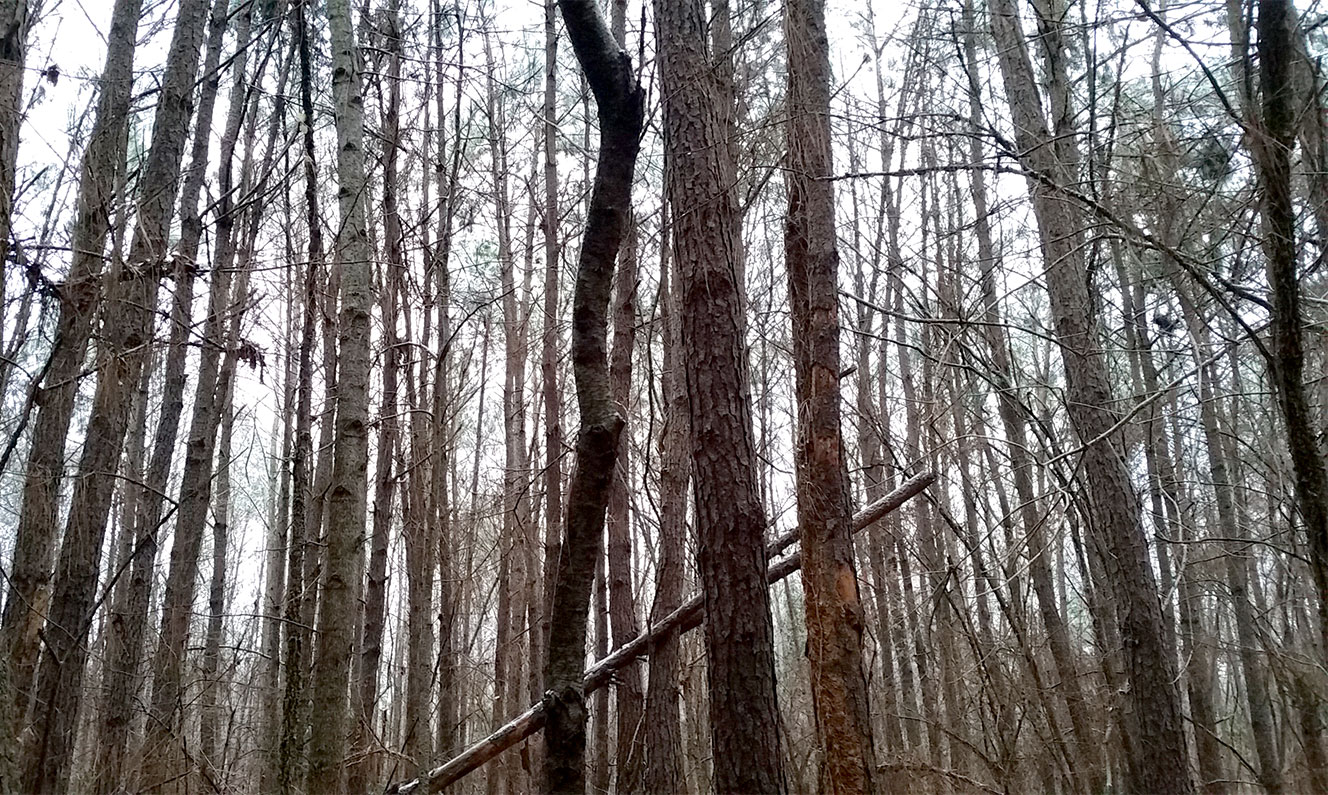 I’ve always wanted to make potato skins on the campfire, but I didn’t want the extra task of dealing with the rest of the potato. I finally devised a way to do it with no waste or second recipe. I cut the potato into thick disks, or medallions. They baked up nicely in a dutch oven in a matter of about 15 minutes. A dutch oven would do larger quantities, but I also like the idea of using a pie iron and having my guests cook up their. This would make cooking them into more of an activity, and it would be more difficult to get filled up before dinner. (It’s hard to stop yourself from shoveling too many potatoes into your mouth when you’re hungry- or ever). 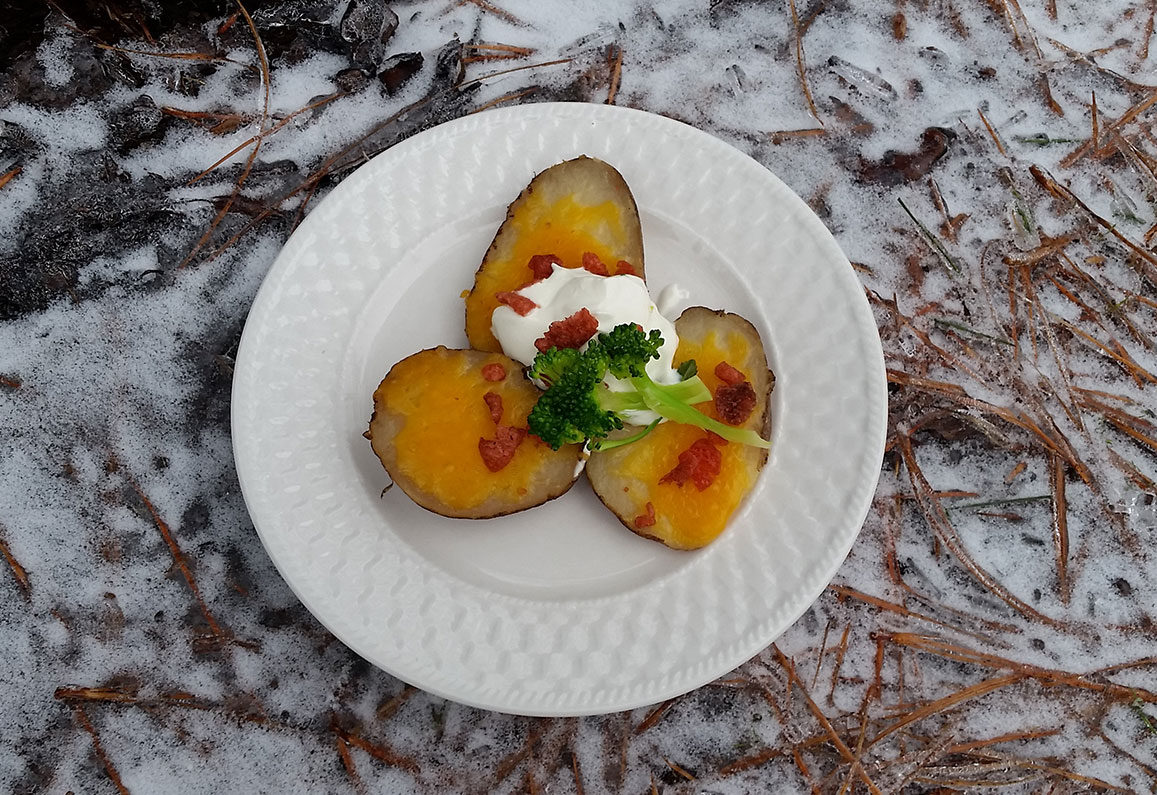 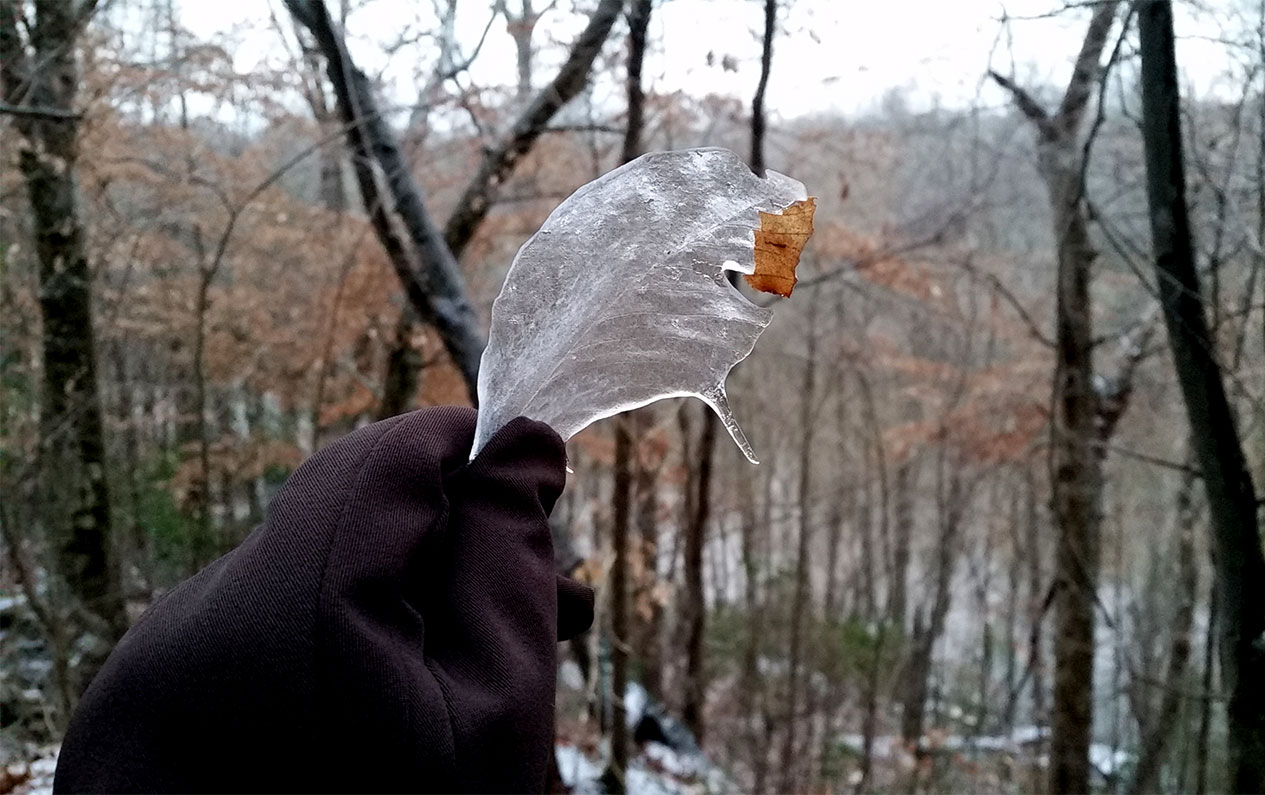 I recently tested this recipe out while I was stuck in the latest “storm of the century” on the east coast (we’ve been having a lot of those lately). I was in North Carolina, which got more ice than snow. Though dangerous, the woods looked incredibly beautiful. It was as if every tree branch and blade of grass was encased in glass. 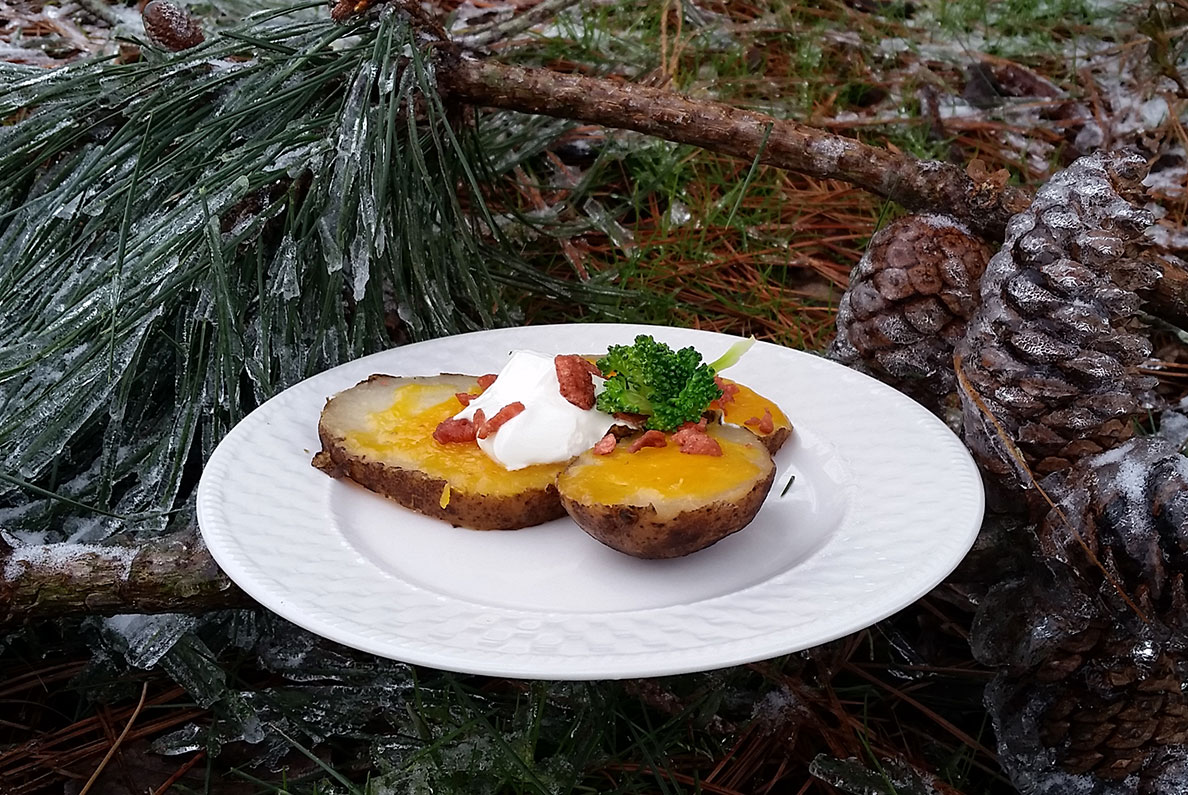 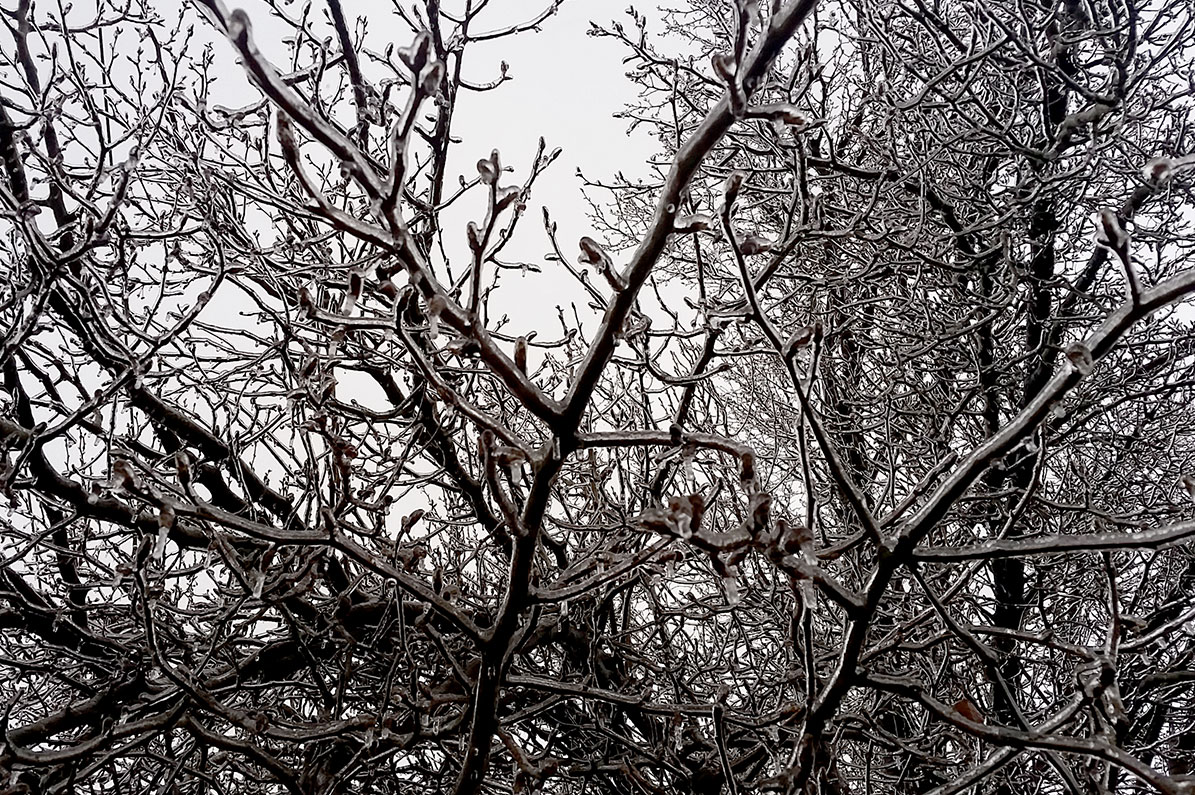 Campfire food is my favorite kind to make in the winter. No one should have to be banished away from the warmth while cooking for the rest of the group.