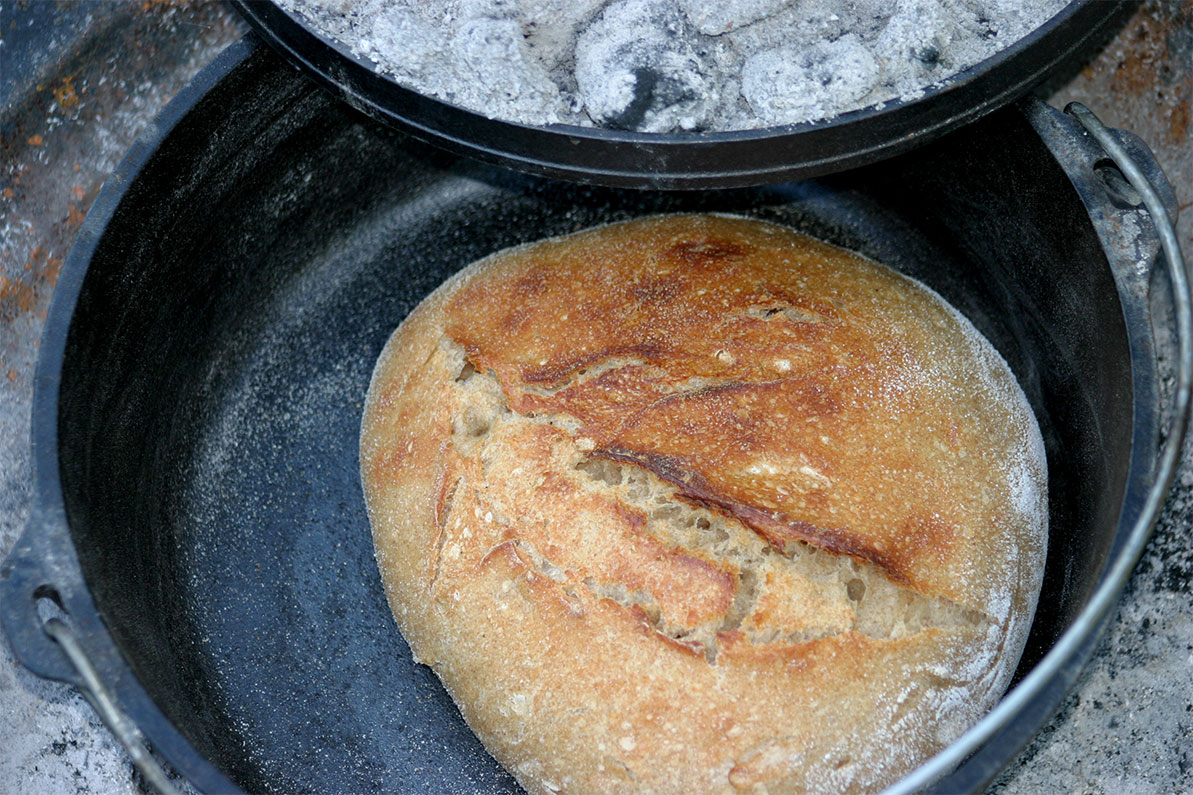 Ok, this is an involved recipe. You have to get a starter, and keep it alive for a while. Then you have to plan about 2 days of your life to be available for building your bread dough, and then you have to bake it in your dutch oven. But it is worth it, and you can do it!

Aimee is the baker. Mai-yan and I like to bake for Aimee as a joke. You should’ve seen the soggy granola-crusted cheesecake we attempted for her birthday last year. (“Water bath? Springform pan? Wait-what? We have to chill it for 4 hours? It’s 10pm now and we are ready to sing Happy Birthday!”). So it was an equally funny joke when my friend from work brought me some sourdough starter. I kept it alive because I couldn’t let him down. 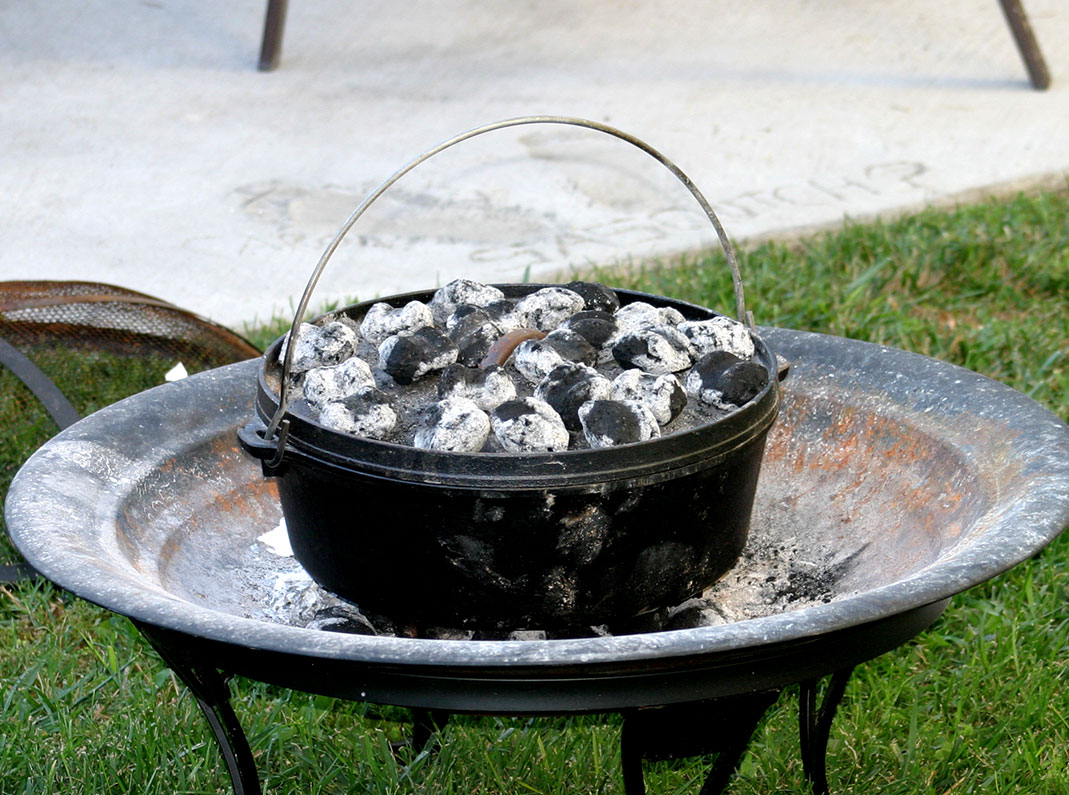 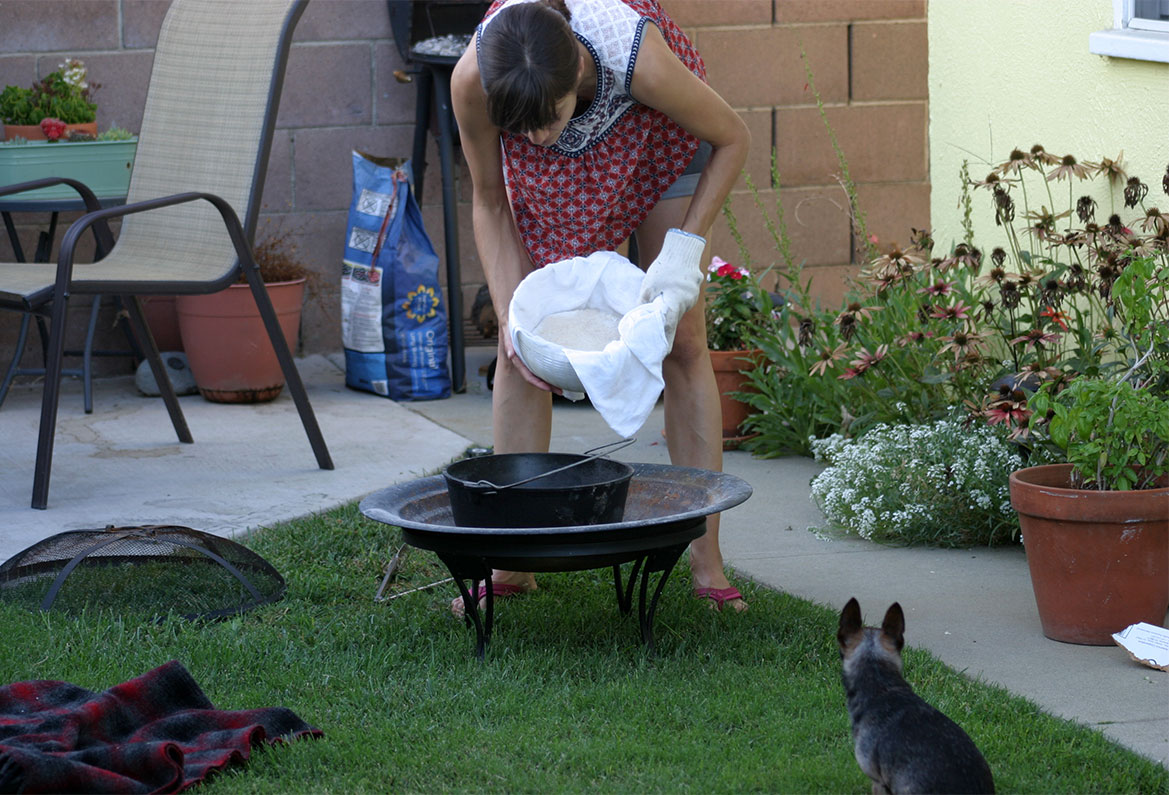 Aimee lent me her book, Josey Baker Bread, and I spent a day off following the rules and baking some bread. It came out “great.” Brown, sour flavored, bread shaped. I didn’t love it, though. There wasn’t anything special about it. So I gave it away. 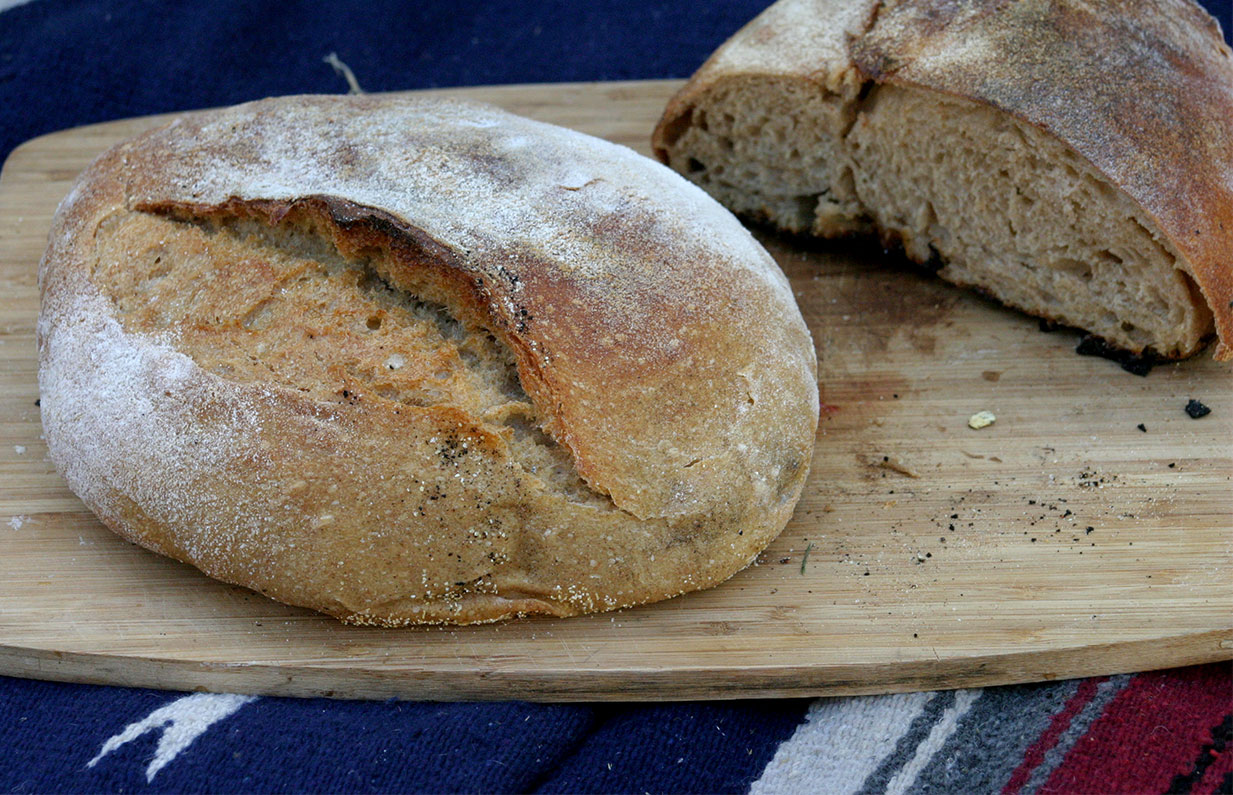 I tried again when I visited my parents in Las Vegas a few weeks later. We were at the stage when you let it sit on the counter for 3 hours before shaping the loaf, and after 1 hour, it had blown up like a balloon and oozed out of the bowl all over the counter. My mom made me bake it anyway, and it turned out like bread again, and everyone ate it (I told them I was testing their politeness threshold). 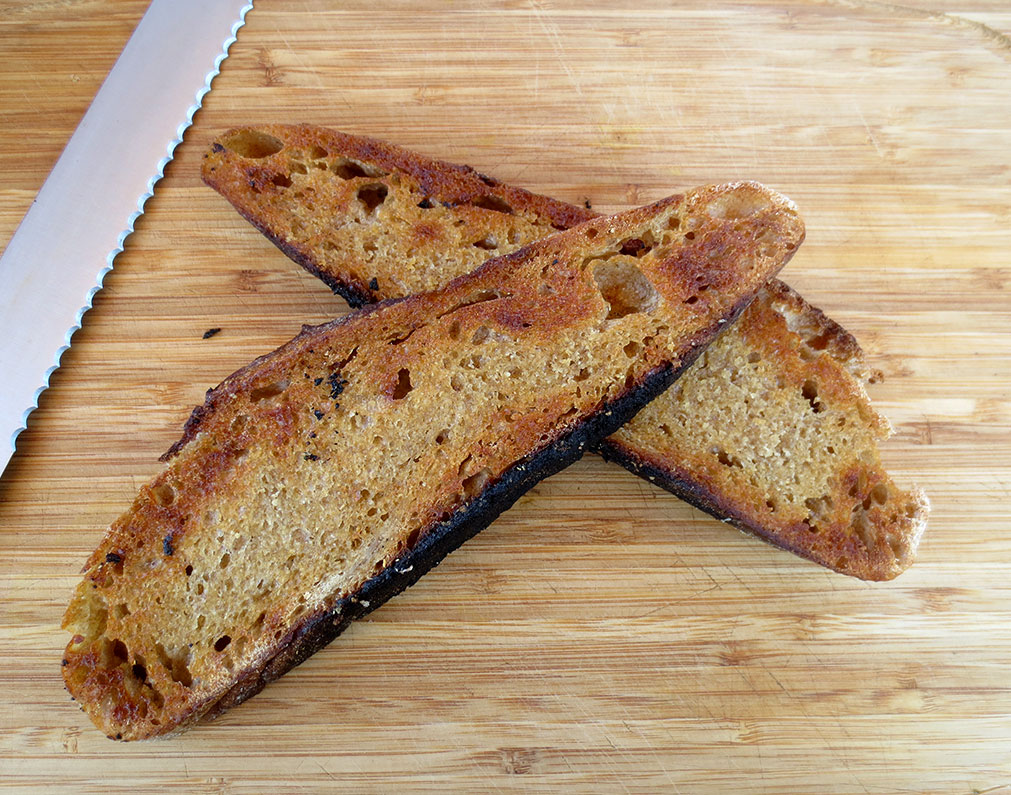 It took me months to want to try again, and by that time, it was last week, and it was 100 degrees outside. I did NOT want to turn on my oven. I decided it was time to test this thing out as a Dirty Gourmet recipe, so I set up my backyard fire pit and got out some charcoal and a dutch oven. I followed the recipe for a “hearth loaf,” which is free form and you get to slash the top of the bread with a scalpel, leaving that beautiful crack in the top. I followed the Dutch Oven Temperature Chart we often use, but it doesn’t go high enough in temperature so I added a few extra coals. The first loaf baked quickly and burned all across the bottom, but I’ve never seen such color and texture on a homemade crust before! The coals had died down significantly by the second loaf’s turn to bake (have an extra batch ready), so it took longer, but it still baked up crusty and sour like I wanted.

This is how I’ll be baking my bread from now on, and I’m going to be baking a lot more often now that I can avoid turning on my oven.

Camping and baking can be more tricky. I recommend doing the whole process at camp, rather than trying to travel with shaped loaves. Start with your backyard. That still counts as getting outside in my book! 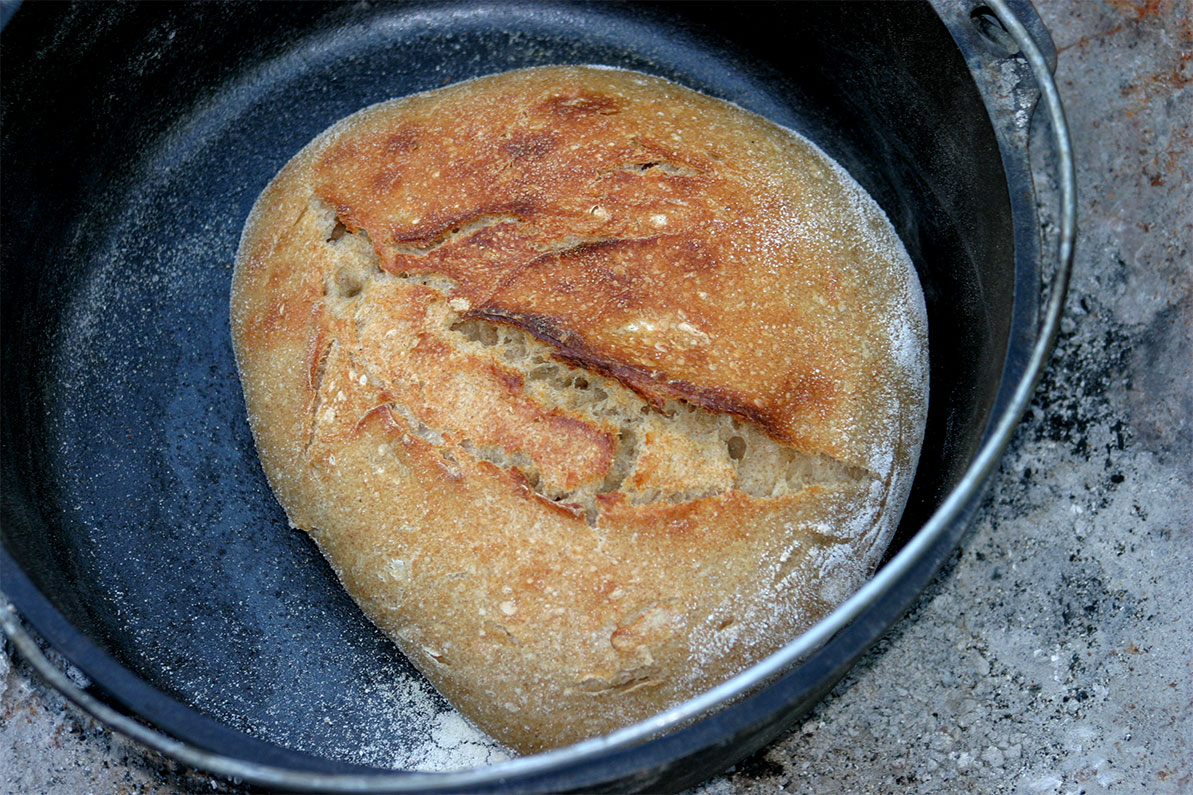