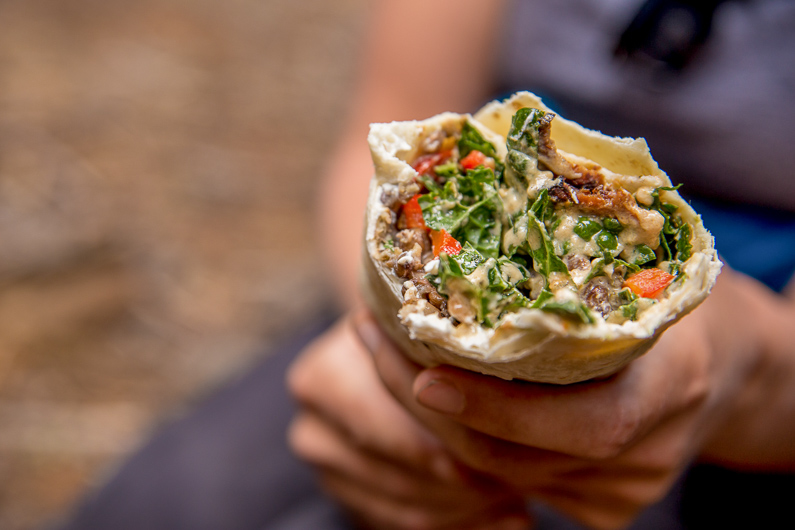 Last year we took our kids on their first backpacking trip, to Sequoia National Park. They weren’t quite five yet, so I was nervous, but earlier in the summer at Outessa, I met several moms who had successfully taken their similar aged kids backpacking. As inspiring as that was, I wouldn’t have planned a backpacking trip quite yet myself, but when Mai-Yan called me and said she scored some permits to backpack at Sequoia, I couldn’t say no. 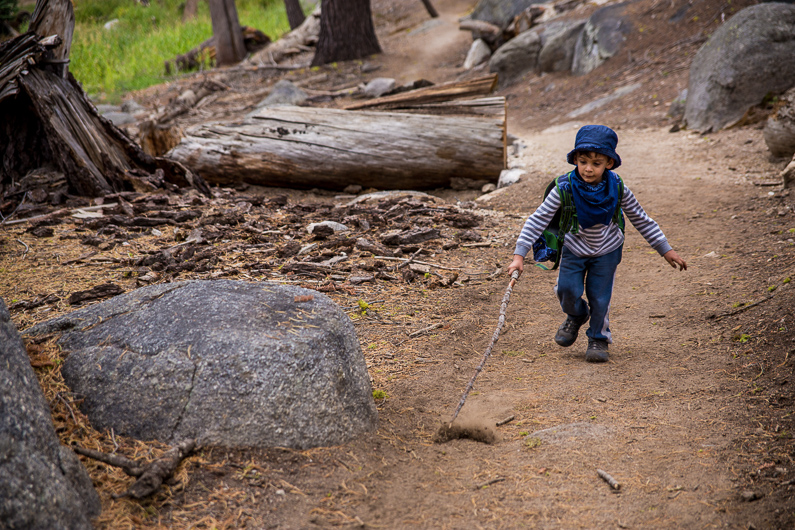 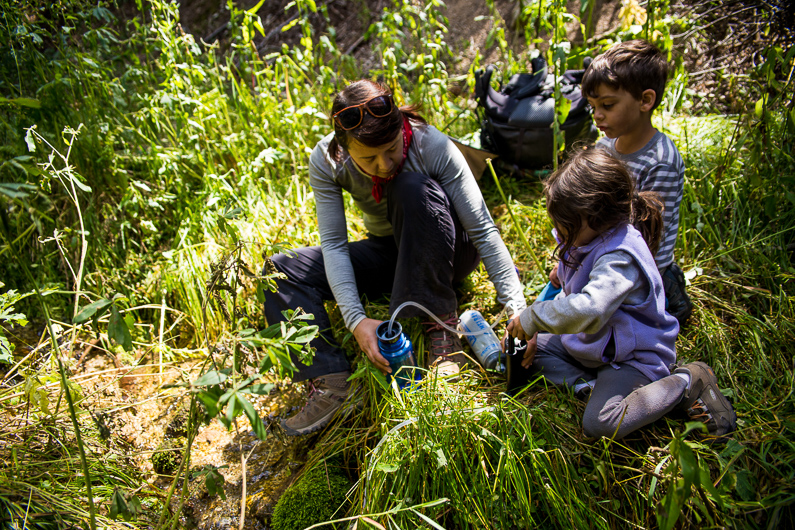 I was worried in particular about the kids being able to hike to our planned campsite without incessant whining, so Kismat, Mai-Yan and Daniel devised the idea of the “Backpacking Fairy”. The Backpacking Fairy would leave treats along the trail to guide the kids to the campsite. She (Mai-Yan and Daniel) left cute animal friends, stickers, small toys, and candies, along with encouraging notes. The kids LOVED it. There was still whining, but it was mostly by me, since I hurt my back the day before the trip (you know your friends love you when they carry your pack).

The highlight of the trip for the rest of us was seeing a bear about 10 minutes into our hike! Daniel was leading and suddenly we saw his trekking poles shoot into the air as he stopped in his tracks. The bear was close, and not at all scared. The kids were fine, and not at all scared either. They yelled “Go away bear!” and after a few minutes, the bear did go away. 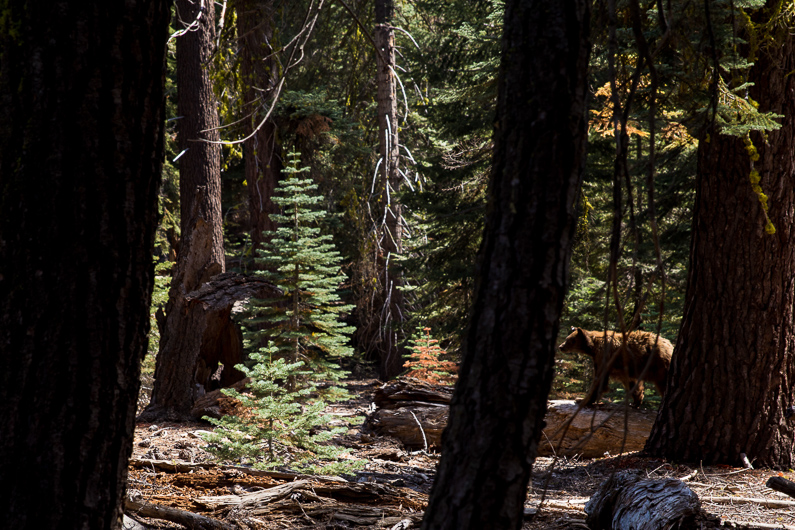 For lunch the first day we made these Lentil Kale Wraps and they were devoured. You can use real bacon and cream cheese, but we always make them with tempeh bacon and vegan cream cheese and they’re a hit even with the carnivores. For ease and convenience, we like to use the steamed lentils from Trader Joe’s. We chose kale and bell peppers since they hold up well even after being soaked in dressing for a few hours. These are definitely perishable so keep them in a cooler as long as you can. 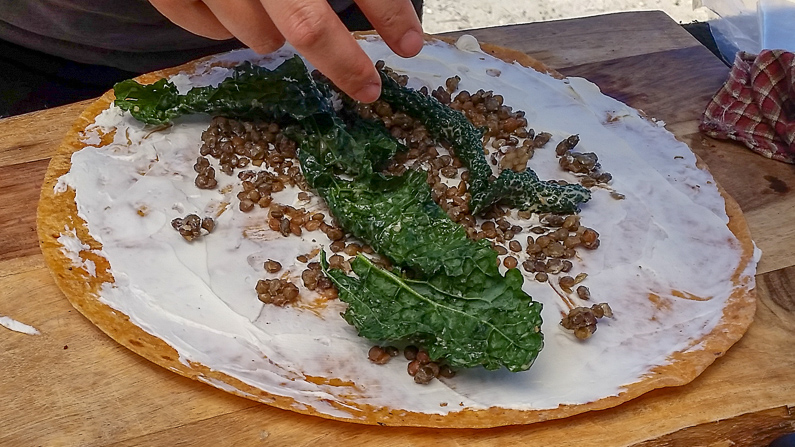 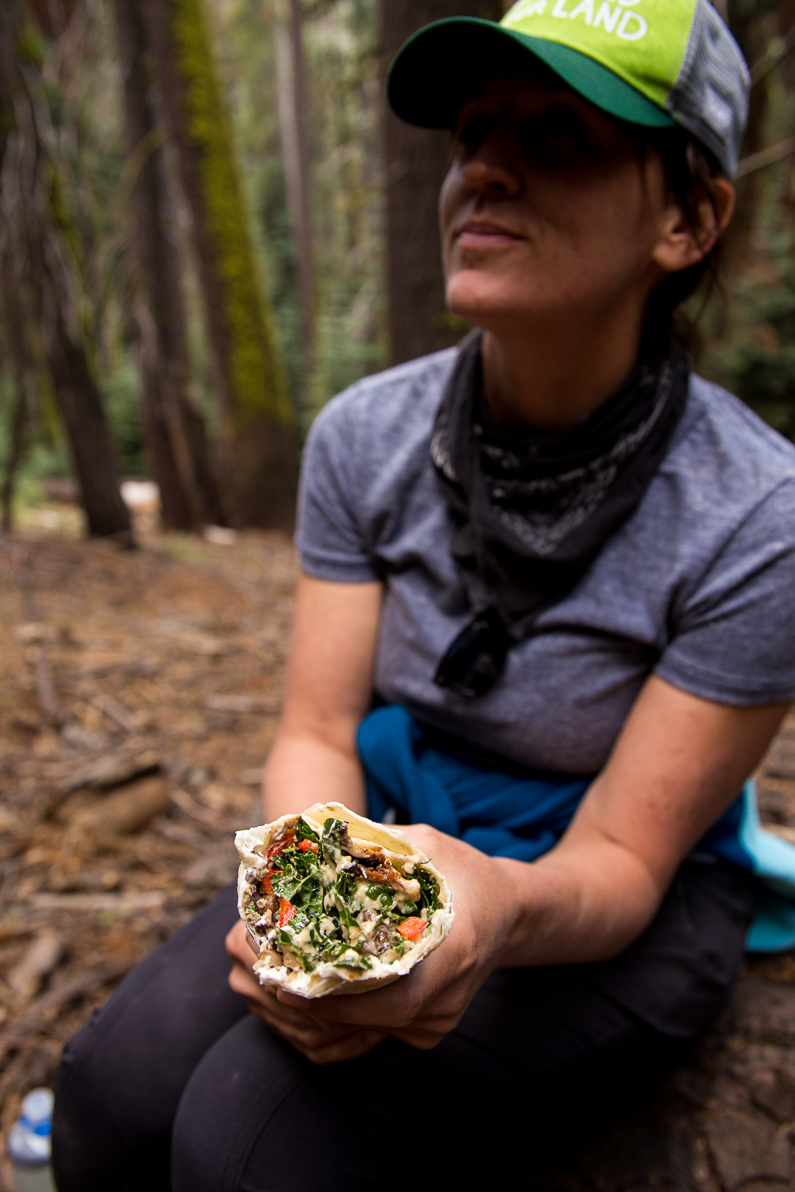