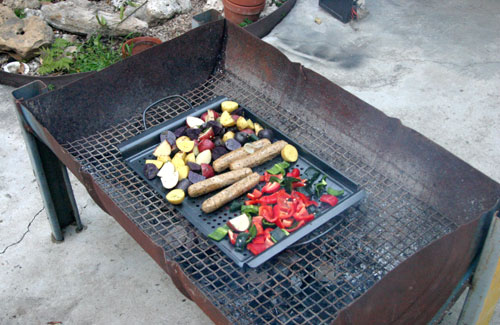 We’re all moving! Well, except Aimee, who’s moved twelve times in the last twelve years and needs a break. But Mai-yan and me and boyfriends/fiances are all moved out and in brand new homes. We are also both dealing with our new homes basically being construction sites currently, which is fun, but a lot of work! Mai-yan has been building a new deck, and I have been painting, starting a new giant garden, and getting ready for a week of sanding a whole house worth of floors. Soon, we’ll each have a few pieces of furniture, maybe at least a bed (we hope). Anyway, all this moving works up an appetite! 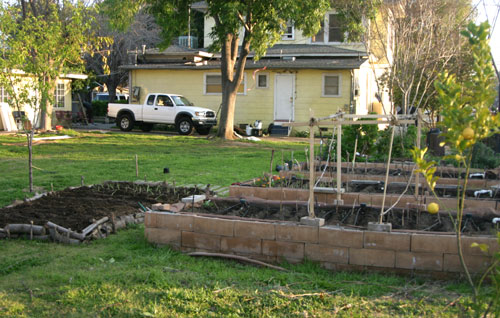 Last week, while I was still living with my parents in Las Vegas, my dad’s friend from work came over to cook for us. Actually, she brought her mom to cook some delicious authentic Guatemalan food for us. It was the day we were supposed to move, but we decided to stay one extra day specifically for that event—good choice. She brought along a huge pile of carne asada and marinated pollo that she grilled, and she made an amazing roasted salsa. They cooked these sausages, which was also a family recipe. Grilled sausages on their own are definitely delicious, but these were first boiled in a pot of beer and onions! It filled the sausages with a juicy, tangy flavor that I’ve never created before. I told her I was stealing her recipe, and she charged me the recipe for my pound cake (but I get a 2-for-1 deal, because I’m taking that salsa recipe). 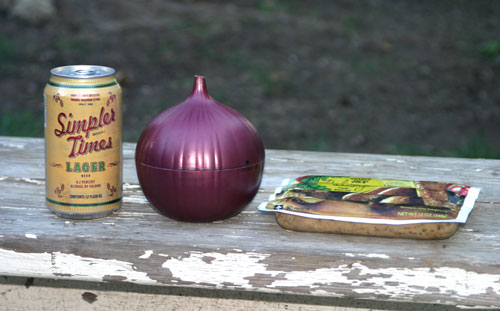 I immediately e-mailed the recipe to the other Dirty Girls, which included about three beers and whole onion, and Mai-yan made it the very next day. She was super impressed with the taste, but was tortured by the fact that all that beer had to go to waste. She said she attempted to reduce the beer and onions down to make a sauce, but there was just too much liquid there. Today, I decided to test that possibility. I now live with two Simpler Times drinking boys, so there was no way I’d be allowed more than one for a recipe in this house. I used a shallow pan and put the lid on it, basically steaming, or braising more properly, the sausages and onions. The same effect was achieved, although the boiling method may have been a little bit juicier. This version of the recipe did allow the beer and onions to reduce into a perfect sauce to top the sausages with. The boys were satisfied. 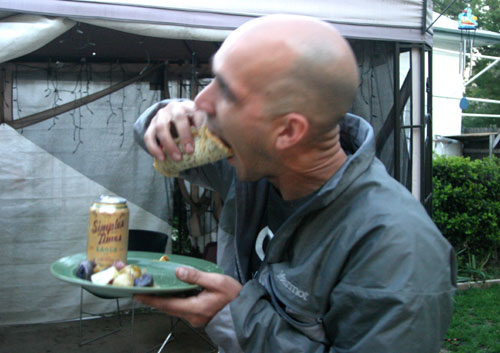 My new house is amazing. We have much more space than we know what to do with, and my dog is in Heaven. We’re attempting to use up most of the yard as an edible garden, building off of the existing fruit trees, grapes, and herbs . It’s also a lot of fun to renovate, because it means you can have and do whatever you want! Life is good. 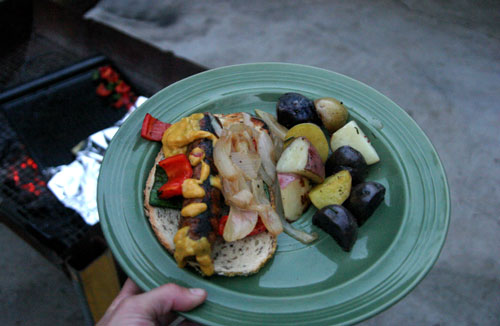