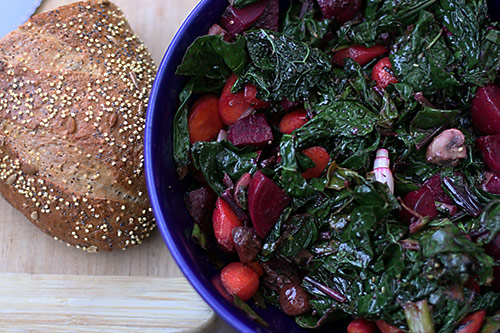 I’m having writer’s block this week…I don’t really know why. All I could think to write about today was how silly all our dogs are. So that’s what I’ll write about.

Our dogs are ridiculous. I have only one now- Frito Bandito the chihuahua. He’s been staying with Aimee and her family for the last week because I went on a trip to Sacramento last weekend and didn’t come get him until today. A few weeks ago I took him camping and rock climbing and he twisted his leg. It’s his second twisted leg- the other one never seemed to bother him though he’s always walked funny. Now he’s walking really funny and wobbly and I feel bad for him except that he still runs and jumps and doesn’t whine when you palpate the leg. Aimee said Frito’s been depressed this week though, which may have come from the leg injury and his missing me combined. Instead of just whining though, Frito was productive about his depression. He went out and got himself an email address (FritoBanditoTrudeau@gmail.com – Apparently FritoBandito@gmail.com was already taken) and sent me an email about how he missed me. I got the hint and came to get him today. Feel free to send him an email if you have any suggestions about fixing his leg for cheap. 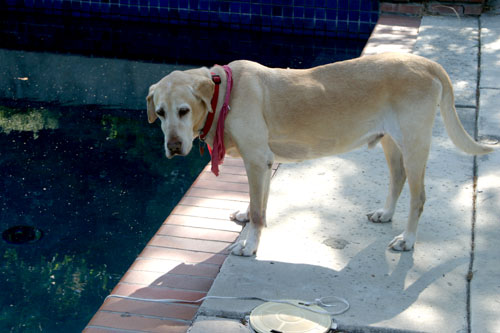 Jack is Aimee’s large yellow lab that is “dying” of heart failure currently. They found out that half of his heart died after his belly filled up with about 5 liters of fluid around Thanksgiving last year, and the vet told them that he would have to be put down after the weekend was over. Aimee took him to a heart specialist, though, who instead drained his belly and put him on quite a few medications. Jack has since been living like a king, looking and acting as healthy as ever. The vet said that every time he goes to the vet, no one believes he’s a heart patient because he’s always barking and active and friendly. Jack has a secret bad habit of eating any underpants that he finds around the house while the family is away. A pair was found today, and he was punished by having to wear them around his neck for the rest of the day. He escaped into the streets a little while ago and luckily no one saw him- he would have been so embarrassed.

Samantha is Jack’s sister, and she’s another chihuahua. There’s nothing too ridiculous to report about her lately, except that she’s the grossest dog. She smells bad, pees on the concrete, and constantly licks at the air all around you if you don’t let her lick you in the face. 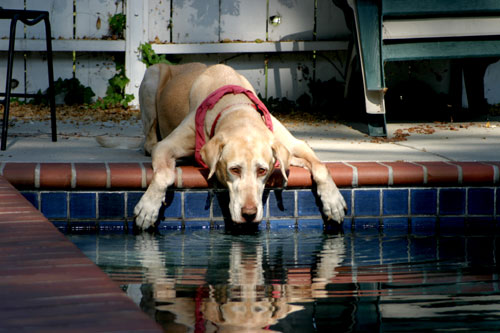 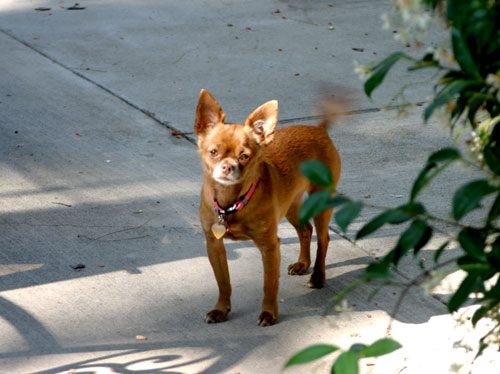 Its summer out there for a lot of you starting this weekend. Summer solstice! Hope you are all having an outdoor party to celebrate the longest day of the year. If you’re going to make a salad, especially if you’re making it with ingredients you picked during your own community garden party, you should try it grilled. We used our favorite hearty greens, swiss chard and kale, and other grillable vegetables including carrots, beets, and onions. We made a simple dressing that goes on before you grill that includes the spice za’atar, which tastes even more flavorful once it gets cooked a little. 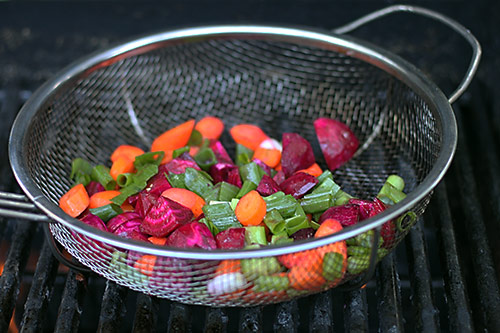