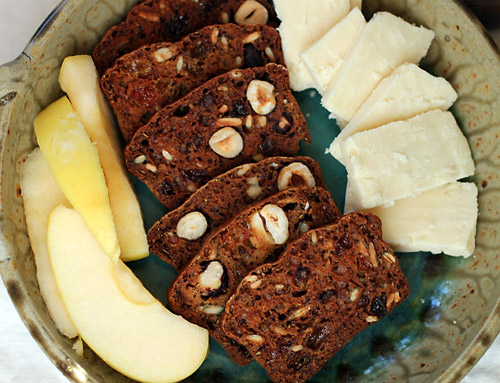 My brother and I are addicted to some cheese from Trader Joe’s- it’s called Unexpected Cheddar. He comes over to visit about once a week and the last few times we’ve been eating it with crackers and wine for dinner. A while ago, when I thought I was out of crackers, I dug some out of the back of my pantry that someone gave me. They were thin and crunchy hazelnut crackers- a little bit sweet and almost like biscotti. Well, if I would have known how great they were they never would have sat in my pantry for months. I don’t know what brand they were, but they were fancy looking and I’ve never seen them in any store. I’ve been thinking about them ever since.

So when I stumbled upon Dinner With Julie’s recipe for Rosemary Raisin Pecan Crisps, I was really excited to try it. Her recipe is fantastic, and with some modifications I was able to adapt her recipe to make a version that was pretty similar to the mystery crackers.

These would be really good on any type of outdoor adventure. If you’re going on a day hike you could bring some hard cheese and fruit to go with them. Or if you’re feeling like a splurge, try them with Cowgirl Creamery’s Mt. Tam brie. 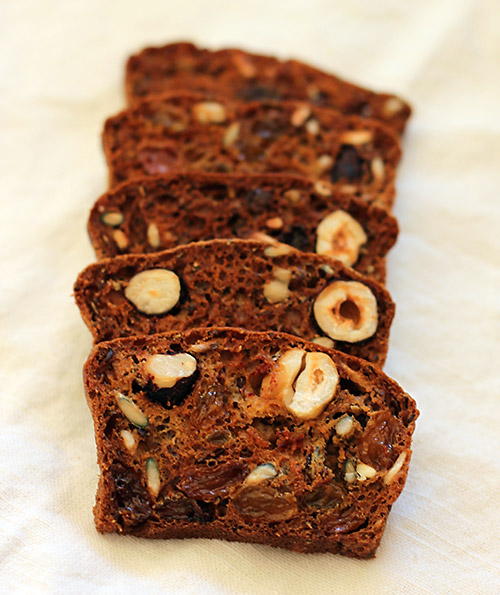