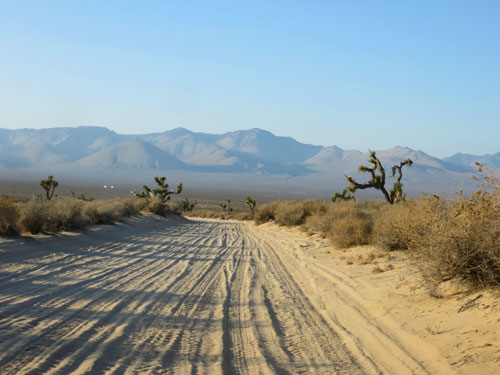 There’s a state park in California called Red Rock Canyon State Park. Every time Gruncle Danny talks about going there, I think he’s going to visit my parents in Las Vegas. Mai-yan and I met up with my aunt, uncle and dad last weekend north of Red Rock Canyon State Park at a place called Jawbone Canyon after we were detoured from snow camping. We pulled off Highway 14 just under two “Mammoth” billboards (both in size and referring location) and drove straight into the desert. Plain old, with no landmarks. Then we began passing RV’s and ATV trails, and ended up at our family’s “campsite,” right next to a big jump in the trail. Was this really what my uncle had in mind? These ATVers weren’t our people. These are the people that go into the wilderness to destroy it. That’s all we ever knew about them, anyway. 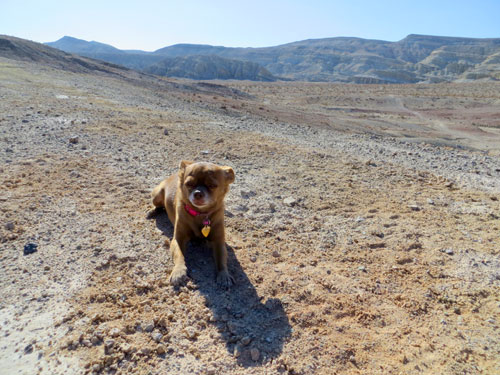 After a few hours of coffee and lounging in the sun, watching dirt bikes pass by occasionally, we decided it was time for an outing. We piled into the two 4-wheel drive vehicles, and headed off deeper into the desert on the ATV trails. Instantly, I remembered what the majority of my outdoorsy experiences as a child included- off-roading! We’d always drive around in the desert on trails just like these. 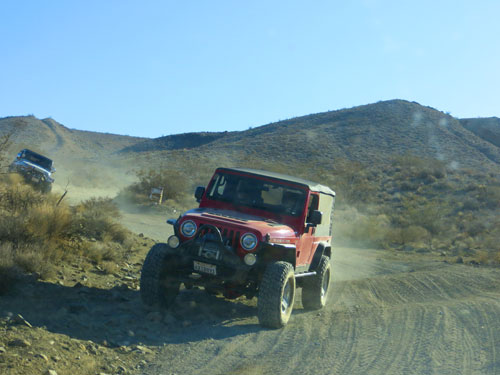 As we explored last weekend, we passed bunches of ATV’s. Most of them were in groups, and we learned their hand-gesture lingo semi-quickly (I started off thinking a bunch of them were giving us the peace sign). They all knew what number they were in their pack, and they’d hold up the number of fingers that represented how many were behind them. This was very helpful, so we participated as well, being a caravan of two. 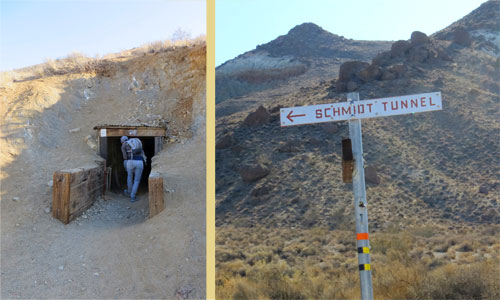 Our first destination was a canyon inside the Red Rock Canyon State Park, which we slowly crawled into with our trucks, and then hiked around in. The second was Schmidtt Tunnel. Mr. Schmidtt built a house out there in the desert, and was determined to find gold and be rich. As he attempted to dig his mine, he ended up with just one long, dark tunnel, which is still open to the public. The house is a mess, but the tunnel is very cool. It goes so far in that you can no longer see the light at the end of it, and then takes a 90 degree turn out to a dead end with a beautiful view. Aunt Linda was so dizzy from darkness that she had to hike over the top of the tunnel to go back, and almost everyone else came out with an egg on their head. 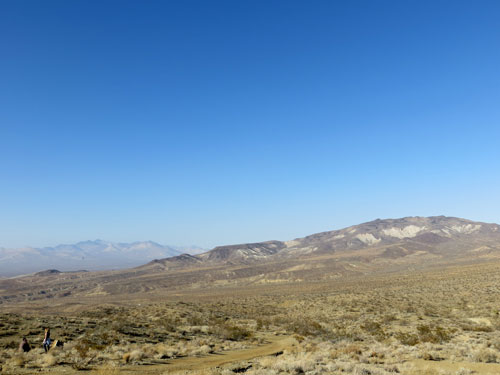 The ATV culture has been one we considered foreign and not interested in mingling with if we could help it, but we realized that they are out there to have a good time in the outdoors as well. The area wasn’t destroyed with littered bottles and noise pollution like I’d imagined such a place would be, so its definitely on the list of recommended local camping spots. Its different than many other places we like to go, but its a great place to explore if you have an appropriate vehicle to do so in. 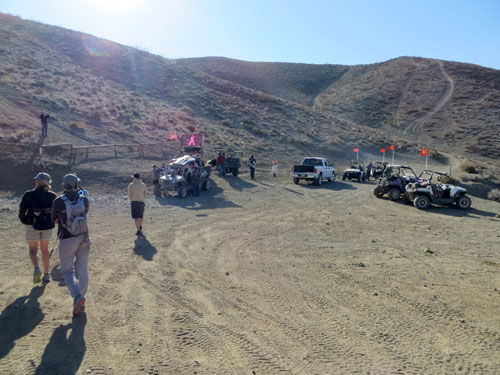