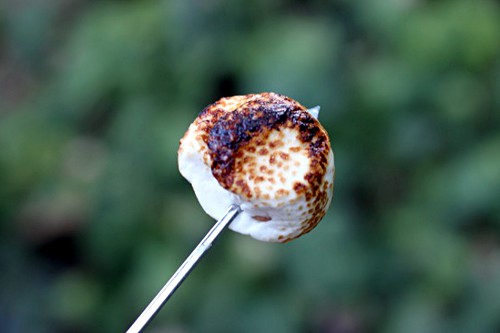 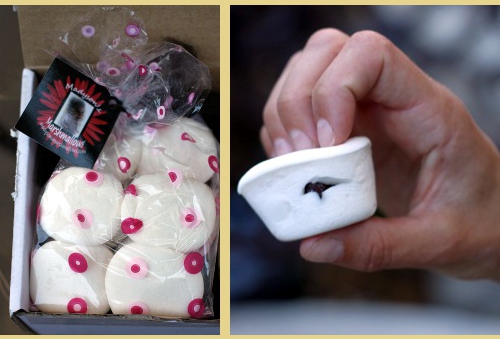 This seemed like it had good potential to be a compact campfire treat, so we quickly pulled out the graham crackers and made some smores. The major struggle with smores for many people is how to get the chocolate to melt. I’ve seen some interesting attempts to balance a chocolate bar over the fire. This creation really did the trick. The marshmallow itself was very gourmet and delicious. When it’s roasted, it gets especially gooey inside while the outside layer is thin and crisp. The chips melt beautifully, and don’t fall out. For using in smores, I only wished they had just a little more chocolate or peanut butter. 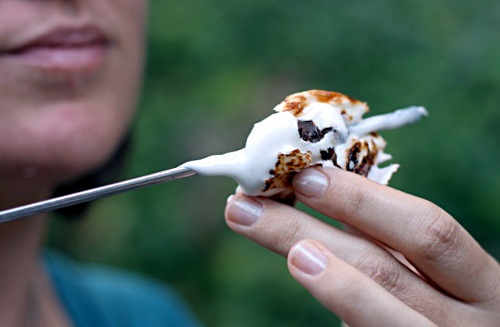 These would be really fun to take on a camping trip, either for smores or just for roasting. Everyone who tastes them is impressed. So thanks for the marshmallows, Madyson! You’ve earned yourself a place among the Ultimate Smores!