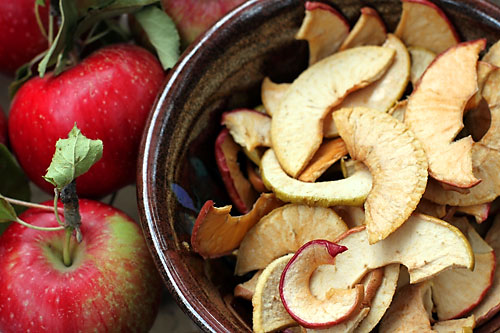 Last weekend my dad went apple picking at his friend’s orchard in the tiny town of Julian, near San Diego. He ended up with a bounty of apples. I’m not kidding. There are more apples at my house now than at the grocery store. I’m sure I’ve eaten more apples since Sunday than I have all year.

My mood over the last few weeks has been glum. It sounds silly, but ever since the apples have been around, I’ve cheered up. Maybe it’s just that they’ve inspired me to cook, and cooking really does make me happy. Or maybe an apple a day really is good for your health. 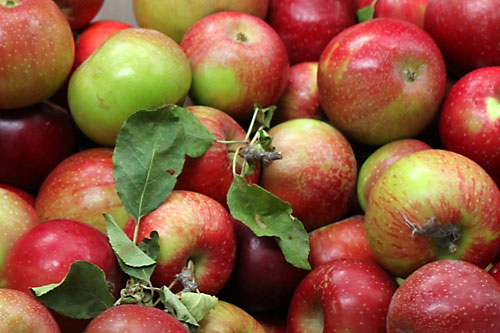 Here’s what I’ve eaten this week with apples (so far):

I knew right away that the apple chips would be a perfect backpacking food. They’re super lightweight and can be savory or sweet, depending on how you season them. They’re sometimes crunchy and sometimes chewy, depending on the thickness of your apple slices and the humidity of the day. Any way you make them, they’re healthy and delicious. 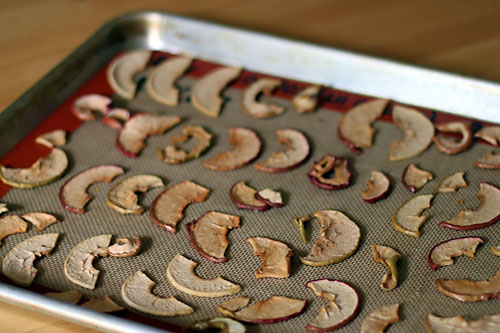 Early in the week, I made three varieties—cinnamon sugar, maple, and olive oil with salt. Though good, cinnamon sugar was surprisingly my least favorite. Both the maple and olive oil with salt were great—so great that I couldn’t decide which I liked better. So for my fourth round of apple chip baking, I decided to combine the two and make them with maple syrup, olive oil, and salt. We had a winner. The only trick to making them is to slice your apples as thin as you can. I don’t have a mandoline, but you should use one if you do.

I’m nowhere near out of apples. Next, I’m planning to make apple butter and then I’ll attempt my first-ever batch of macarons with these Cinnamon Apple Macarons with Apple Butter Buttercream. No, I didn’t just misspell macaroon. Macarons (you have to say it with a French accent) are meringue based almond cookies and are super trendy at the moment. They’re supposed to be tricky to make so wish me luck!

Varies, depending on the size of your apples