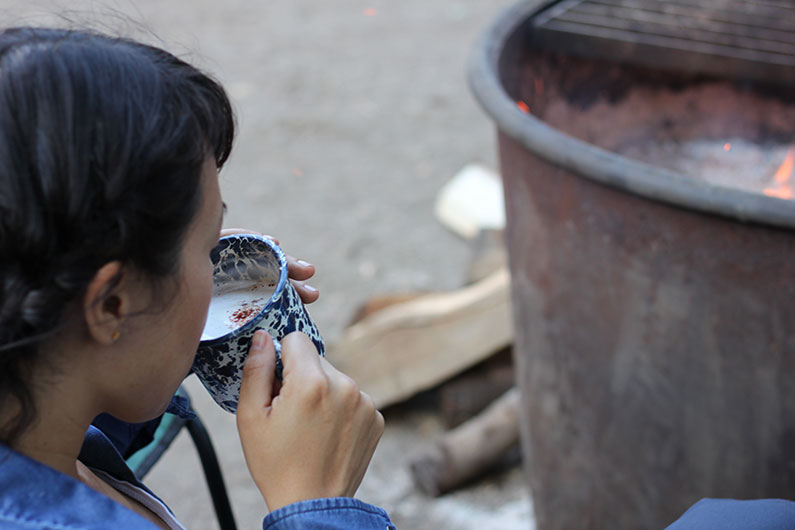 Were you all around when SoCal got it’s first real snowstorm in years? It was last week. We like to ski at a little place called Mountain High, which is usually more like skiing in dirt. I like to think it’s making me a much better skier in the long run. But last week we got a dumping of real “pow pow”, and I found out that skiing on real snow is a blast! 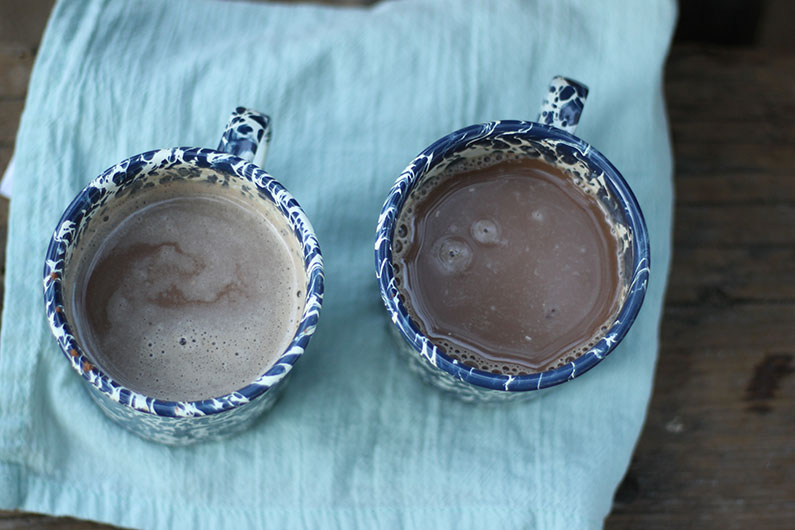 When we go skiing, we usually bring a couple cans of beer with us. Last time, Wes got the bright idea to bury them in the snow so they’d get super cold for when we were ready to take a break. He found the perfect spot in the woods near the top of the mountain, and started digging a hole. Well, guess what he found- somebody else’s beer! I guess it was the perfect spot after all. 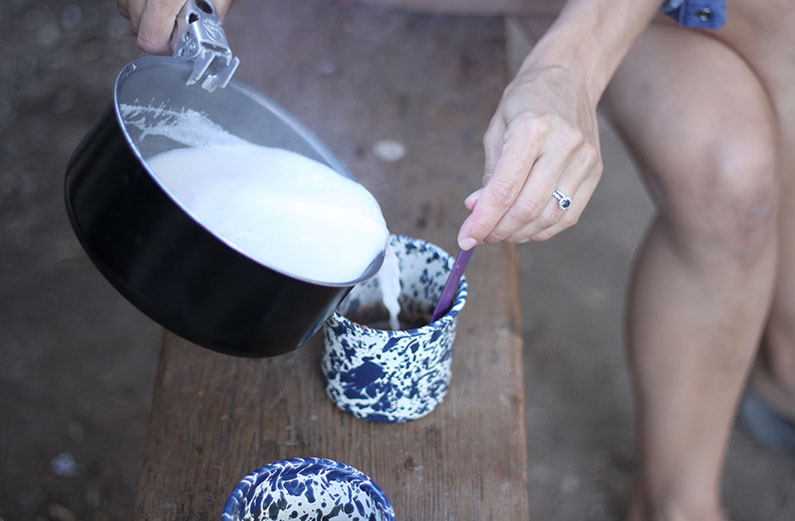 Later, when Wes decided it was time, he went to dig our beers back up. He chose his ski pole as the perfect digging tool, and ended up stabbing one of the cans. So of course, he had to shotgun it immediately (he’s a zero waste kinda guy). 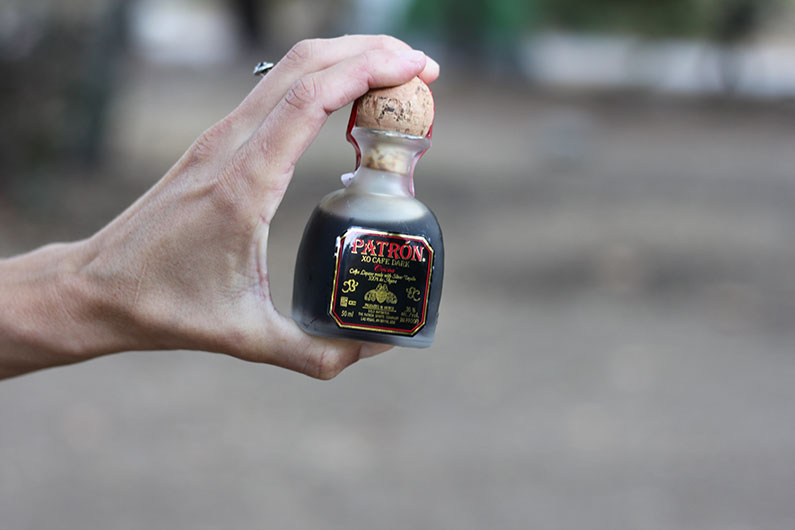 In conclusion, beer is good, but having a hot cocktail like this Mexican Hot Cocoa is even better. If you are among the millions who received a Hydro Flask for Christmas, this is the perfect thing to use it on. These bottles do the best job I’ve seen of holding the heat in. 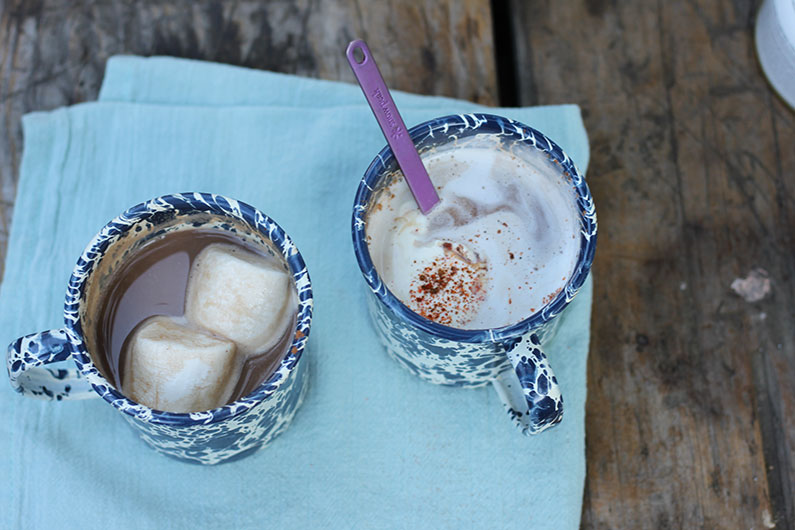 Mexican Hot Cocoa is warm and spicy, which is perfect for a cold day in the snow. You’ll get some necessary calories to keep you playing longer, and a jolt from the cocoa cafe flavored tequila. Take advantage of the winter if you’ve got it!

*I have a 20 ounce insulated mug with a lid that I use, so I make this whole recipe as one big mug, and share it.