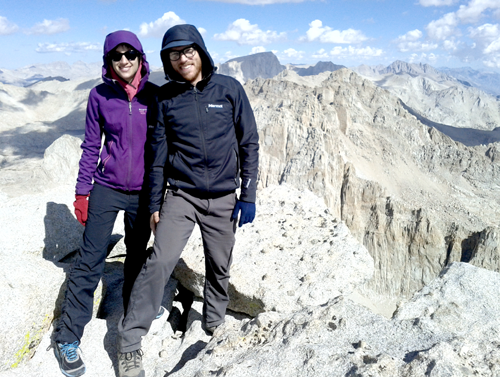 Wes and I were supposed to go to Colorado to see my pregnant best friend and hike our first 14er on our week of summer vacation. It didn’t happen due to life’s responsibilities, but we still ended up with a long weekend to play. We couldn’t get the best friend out here, but we realized we do have 14ers in California, so we decided on a whim to attempt one on our own. 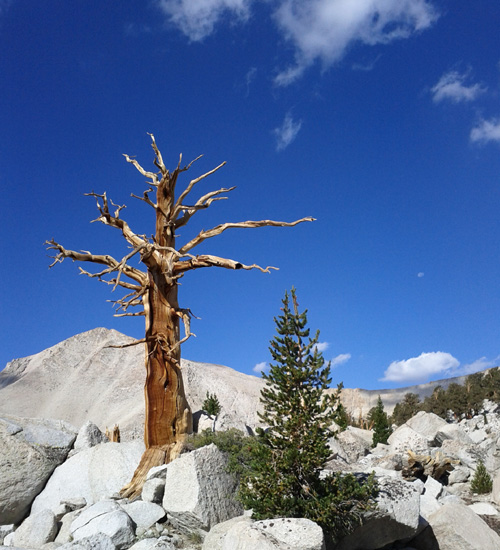 When I was in sixth grade in Las Vegas, my dad handed me the book (70’s version) Mountaineering: Freedom of the Hills and told me if I read it, we’d hike Mt. Langley. So I read it (be careful what you promise your kids, dads!).

But then we moved to Florida. Mt. Langley was not so easy to get to from there. My interests changed to watersports, and I forgot the mountains for a while. By the time we all got back to the west, Dad had turned into more of a glamper. I got him to hike up San Gorgonio with me once, but we’re still easing him back into grander adventures. A few friends had talked about Langley lately, which reminded me of my sixth grade goal. So even though it meant ditching Dad (this time), I was determined to check it out. 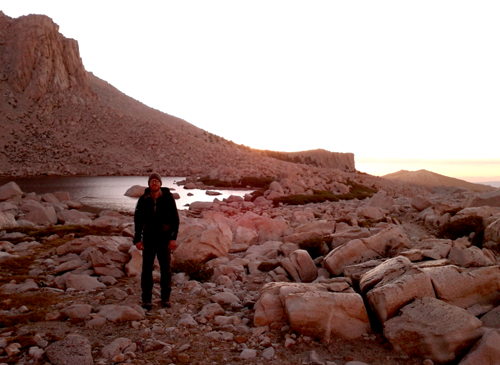 I figured Wes was a good choice of partners, because he’d only been on one backpacking trip before. I could trick him into it pretty easily. We stretched the trip out to take three days so that we could spend lots of time lounging by the lakes and make sure it felt like vacation. That was a genius move. Each day, we hiked no more than 6 miles, and were back at camp by lunchtime. We started at sunrise on summit day and got to the top by 9:30- well before any chance of thunderstorms- so we had plenty of time to lolligag and mosey on back down when we were done. 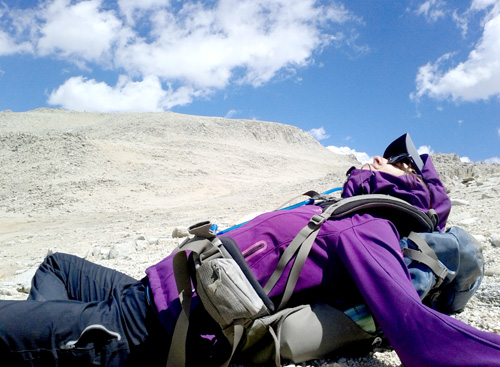 We also got to take our time packing up and enjoying a nice breakfast by the lake before going back to the real world on day three. 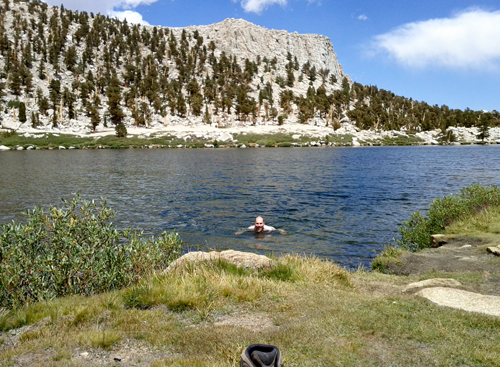 Wes loved his second crazy backpacking trip. He said it was one of the coolest things he’d ever done. He was most excited about the register at the summit, and was disappointed that we didn’t try to bag some nearby smaller peaks so we could see whether they too had registers to sign. 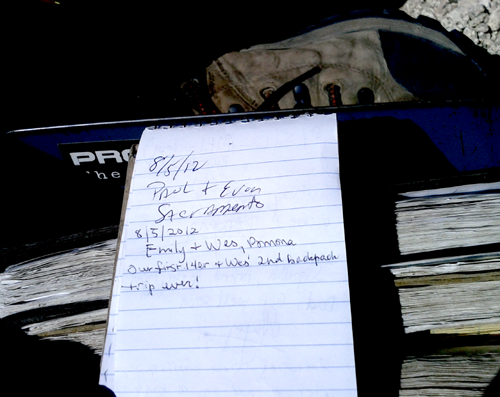 Mt. Langley is a lesser known 14er in the Eastern Sierra, just south of the much more famous- and crowded- Mt. Whitney (the highest peak in the contiguous United States). You’ll likely get a permit easily and won’t find many crowds, but you won’t find a trail up the mountain either.