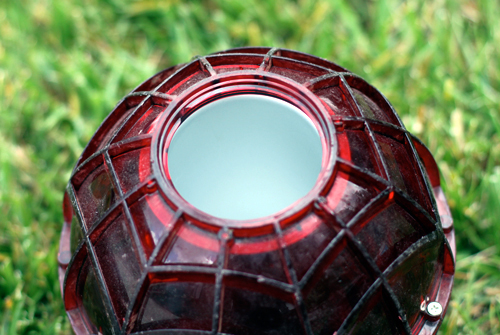 Last Christmas, Emily and I unknowingly bought each other Play and Freeze Ice Cream Makers

. I guess you know you’ve got all the essential camp kitchen supplies when that’s what someone buys you for Christmas. We were excited about our new toys and decided to bring them along to our Leo Carrillo trip in January, where we first tried them out. Only in California is it warm enough that you want to make ice cream outdoors in winter.

Since we had two Play and Freeze Ice Cream Balls, we made two kinds of ice cream. One was a blueberry ice cream, from a recipe (“Milk and Jam Ice Cream”) that came with the Play and Freeze balls, and the other was a coconut ice cream that we made up ourselves.

There are two openings on the Play and Freeze ball, one on each end. Open one end to fill the outside chamber with rock salt and ice, and open the other end to fill the inner chamber with your ice cream ingredients. Close and tighten both ends and start playing. After about 10-15 minutes (depending on the size of your Ice Cream Maker), you need to open up the inner chamber and stir the ice cream around to keep it from freezing to the walls of the cylinder. Then close it up again and play for another 10-15 minutes. 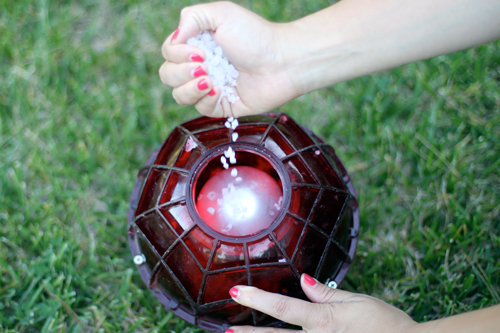 You’ve got to be careful during the playing part of this process because the ball is hard plastic and heavy when it’s full of ice, almost like a bowling ball. The instructions clearly say not to throw or kick your Play and Freeze. Of course, we didn’t read those instructions too carefully. First, we kicked the ball around and after stubbing a few toes on the ball, we gave up on that idea and started to throw the ball back and forth. That proved to be a terrible idea as well. I ended up with a giant bruise on my palm after catching the ball a few times. The process became a lot more fun when we learned to just shake or roll the ball on the ground. 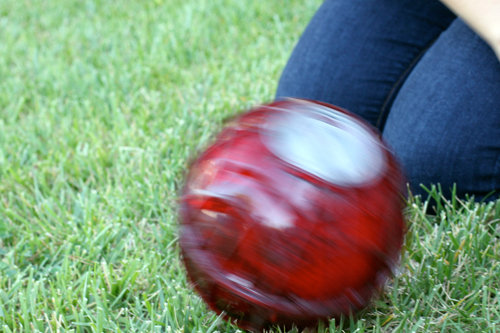 In the end, the result was surprisingly good, and an especially refreshing treat while camping. Now that summer is sneaking up on us, I’m excited to try making more ice cream outdoors. I recently bought David Lebovitz’s great book The Perfect Scoop: Ice Creams, Sorbets, Granitas, and Sweet Accompaniments

, and can’t wait to test out some of his recipes in my ice cream ball.

Pros of the Play and Freeze Ice Cream Maker:

Cons of the Play and Freeze Ice Cream Maker: