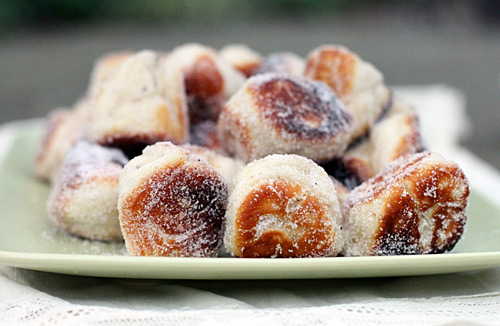 I recently read on Serious Eats about Campfire Donuts. I had never heard of such a thing, but apparently people fry donuts in a coffee can over a campfire, using refrigerated biscuit dough! That idea sounded a little dangerous to me, but I loved the idea of using biscuit dough and also of having piping hot donuts on a camping trip.

Glazed donuts are great, but they’re awfully sweet, even for me. My favorite donuts are some I used to get in Finland, and that’s the inspiration for this version. They were filled with raspberry jam (not that nasty jelly filling) and coated in cardamom-flecked sugar.

A couple of notes: 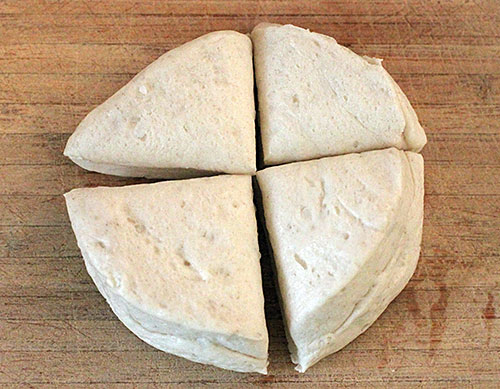 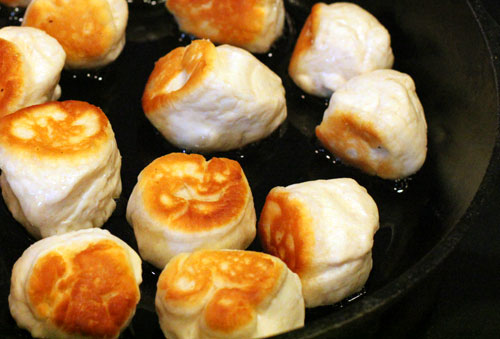 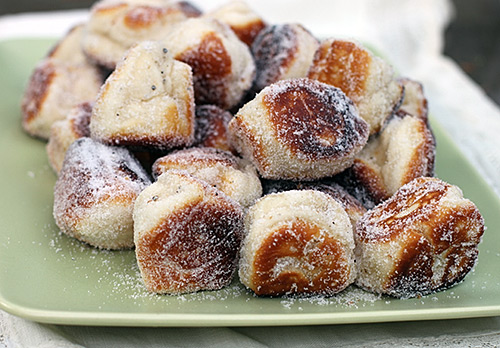