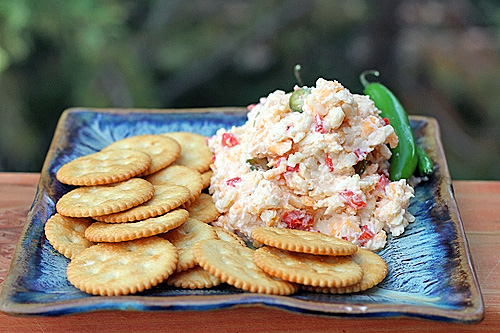 Remember I told you about that delicious herb popcorn we had at The Lark in Santa Barbara? Well, another great dish we had there was Pimento Cheese. I had never even eaten Pimento Cheese before, which is unbelievable considering my parents are grits and field pea-loving Southerners at heart. I didn’t know what to expect, but I was blown away by this stuff! It was a wee bit smoky and super flavorful and they served it with grilled bread. We shared it three ways but I could have eaten it all myself.

To figure out how to make my own Pimento Cheese, I did some research and quickly realized that I would probably never have made it if I had just seen a recipe and not tasted it. The basic version has loads of cheese and mayo, which just sounds heavy and unappealing to my palate. But somehow it all works!

This Smoky Cheese and Pepper Spread is made, not with pimentos, but roasted red bell peppers. I used three different kinds of cheese: Provolone, Smoked Gouda, and Sharp Cheddar. Try varying the proportions of cheese or even changing them up altogether if you like. A pickled serrano chile adds some heat, and a touch of beer adds some extra oomph. And since you need only a little bit of beer, there’s nothing left to do with the rest of the bottle except drink it! 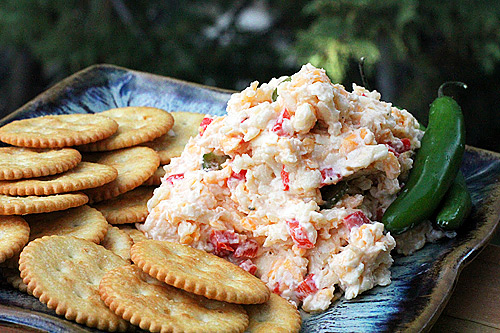