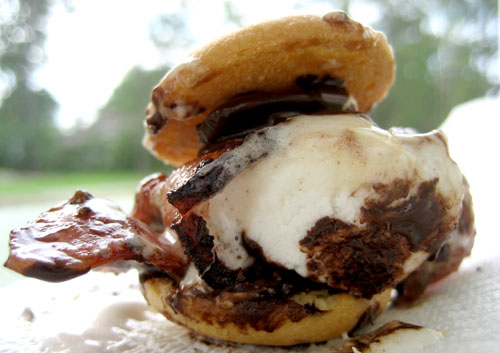 Remember our original quest to find the ultimate smores? We found it. The exciting ingredient is bacon, of course!

I pondered the idea for quite some time, and talked about it in front of friends often to prepare them. They’d eventually have to try it. Nobody sounded that happy about the idea. We even cooked up bacon a couple of times to use later, but then never made the smores. Finally, I was invited to a barbecue with a flyer that had the word “smores” on it. I brought my normal corn and kebabs (and a GIANT maui onion I got from the farmer’s market), and a pack of bacon- just in case. When the hostess mentioned smores, I mentioned the bacon. She was the first person to get excited since I started suggesting it. She immediately spread the word to her guests, building up the anticipation.

Once it was time for the bands to play and the fire to start, I pulled out the smores ingredients. I sort of bogarted the fire pit for a while until I got a guinea pig. The first person wasn’t that impressed, but he ate it. Then a few more guys came over. We tried a few different cooking methods until we found the easiest way to do it. First, we tried roasting the bacon raw wrapped around the marshmallow. The marshmallow oozed out as the bacon took its time. Next, we tried a method involving toothpicks. The toothpicks were easily forgotten until the eater bit down – not a good thing! The best method ended up being to cook the bacon first, separately from the marshmallow, on a skewer. That way, you can set it on top of the graham cracker, and put the chocolate on top of that to slightly melt while you cook your marshmallow.

After all the tasting, I was a bit surprised to find that the bacon-wrapped smores were really a hit! The taste was described as “not a shocking combination, but just plain good.” The salty sweet thing has really taken off lately, and bacon and chocolate are being found together everywhere. Why not put the bacon in your smores? This dessert is more fun and interesting than most camping desserts, and it is an easy way to cook on a campfire. 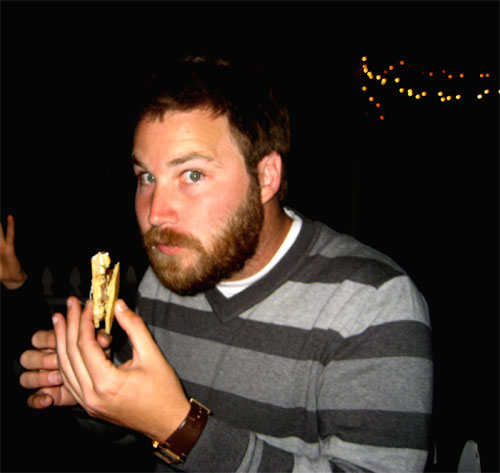 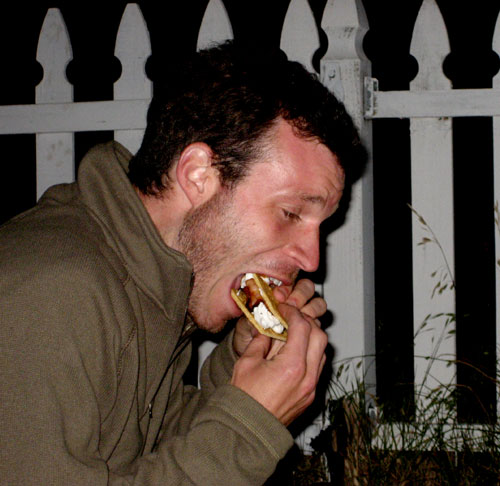 Of course, we aren’t going to end our quest for more ultimate smores here. That would be no fun. But I will make these bacon-wrapped smores again. You get to skewer bacon!