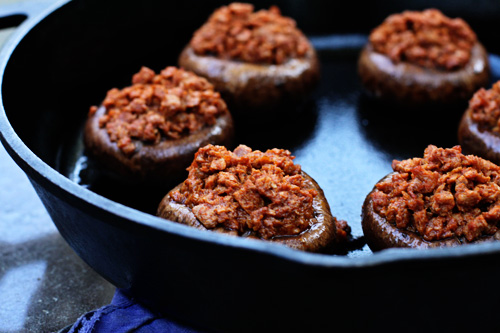 I know I’ve been talking a lot about my new home life this year, but I still have more to say. This time, I want to talk about living in a (basically) vegan household.

When we decided to move in with John, he said he hadn’t had meat in the house for 12 years. Tony and I decided that it would be ok to only have meat when we went out to eat, but eliminating cheese was a deal breaker, and John compromised. Since we’ve lived here, though, I’ve barely eaten any meat or cheese (even while out), and I’m rarely dissatisfied, which continues to shock me. I’m still technically a meat eater, though I understand how important it is to eat much less of it. I’m interested in it mainly for environmental reasons (what’s best for the overall harmony of the earth is also best for us individuals), but haven’t officially put any labels on myself for several reasons: 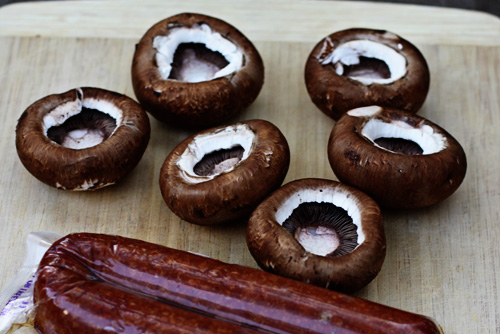 Anyway, the funny thing about my vegan(ish) household is that these boys are very meat and potatoes kinda boys. We have fake meat and fake dairy everything! I’m still a snob about a lot of it, because I know the taste of real meat and dairy. But I have learned that certain things are almost identical. One of those things is Soyrizo, which is a substitute for Chorizo, a Mexican sausage. Ben eats a Soyrizo scramble almost EVERY single day for breakfast. I ate it with him for about a week, and then got totally sick of it. But then one day, he stuffed it into mushrooms. and stuck them on the grill just like that. They are awesome with just these two ingredients, but we also occasionally add leeks to the top, and they would probably be good with cheese or sour cream (real or fake). Soyrizo Stuffed Mushrooms. The easiest, quickest, realest tasting fake meat recipe you could make. 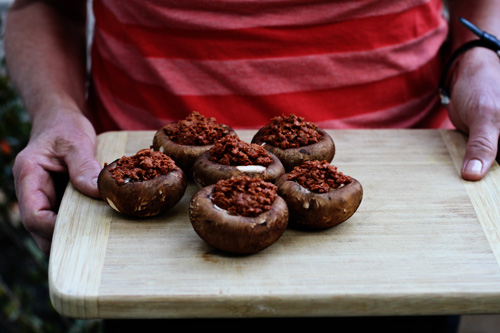 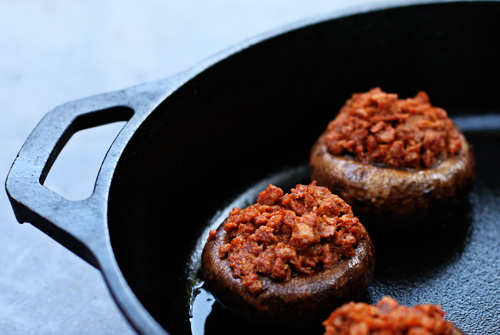 If you’re looking to cut some meat out of your diet, the transition can be easy. Try starting out by learning to make a bunch of vegetarian dishes first before actually committing to vegetarianism. Then you’ll have plenty of dishes in your arsenal and it won’t be hard to think of what to make. This recipe will help you out, because you’ll think you’re eating real sausage, and you won’t even have to deal with all the gross stuff they normally put in sausage- win win!