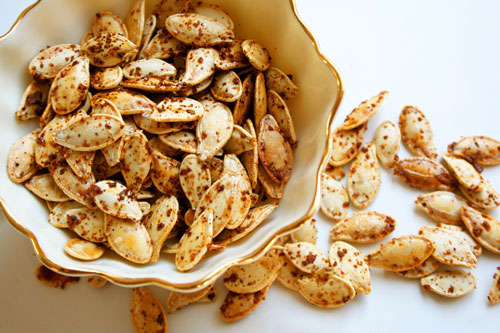 Did we tell you last year about Aimee’s breakthrough to her new love of Halloween? I don’t think we did. She’s always hated dressing up as an adult, and didn’t think it was a necessary or fun thing to do as an adult. Well, I couldn’t even tell you what happened last year, but she decided that we were all going to be swamp creatures, and she got REALLY into it. We all dressed alike at the beginning of the night, but by the end, Aimee had turned into a zombie swamp creature who scared everyone she met (literally- even we were scared of her). 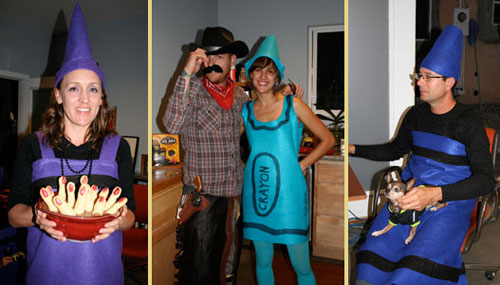 Aimee’s new love stuck, and this year she decided we would all be crayons (mainly because her mom said she’d make Aimee’s crayon costume for her). We struggled to find the perfect time and place to wear these costumes together, and ended up having our own party in the end. Those kinds of things are always so much more fun than you think they’ll be. Sometimes we assume that you have to have lots of friends hanging out and have a real big party to properly appreciate a holiday like Halloween. But our party of six gave us a whole different kind of fun. We played Scrabble, chit-chatted about how jealous we (mostly Nick) were that Aimee’s costume was so well-made, and had dinner together. Mai-yan made Nick’s and her own costume, and her color was “Hot Mess Pink” if that tells you what it looked like. She transformed into a pirate by the end of the night. 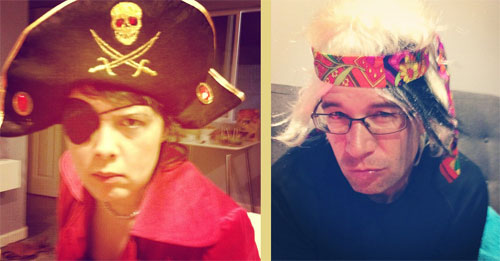 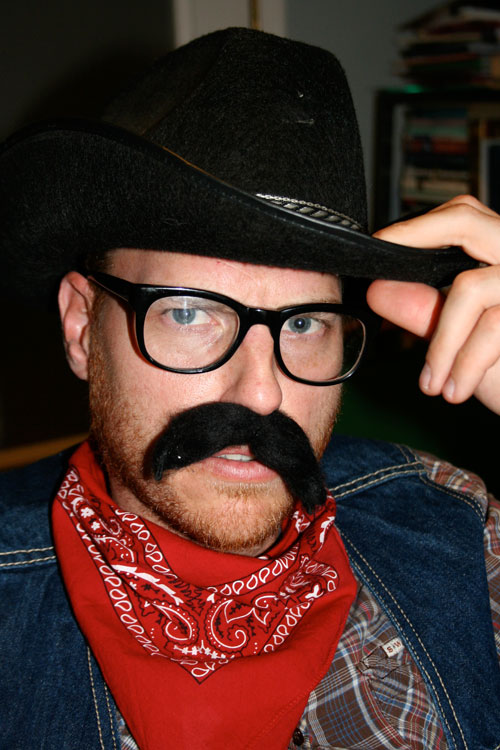 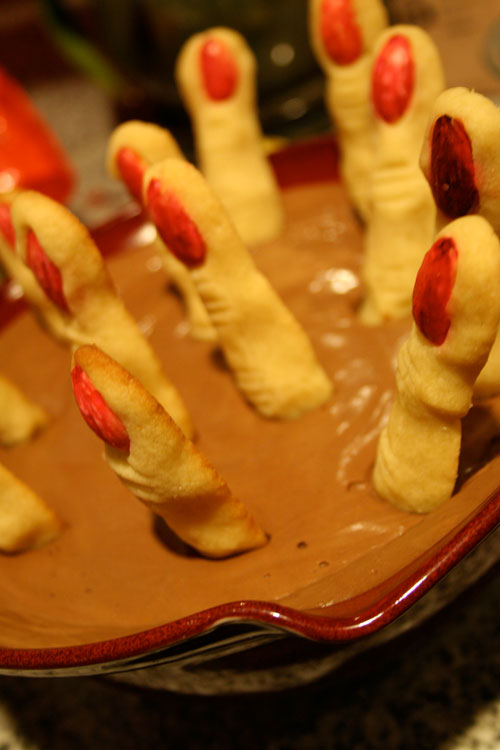 You’ll be getting the recipe for the Crusty Witch Nails (Spicy Roasted Pumpkin Seeds) today, which fortunately taste just as delicious after Halloween as during it. They’re made with our Secret Weapon Spice Rub. Hopefully you all got to go to the fancy pumpkin patch and get way too many pumpkins so you’ll have tons of seeds to roast.

We were all surprised this year by Kismat getting very into the dress up fun. Even though he won’t admit it, we know he planned his costume for at least three weeks, because he’d grown himself a nice mustache to go with it!

*We scooped out the seeds from a few pumpkins, washed them and lay them out to dry on top of a dish drying towel overnight.