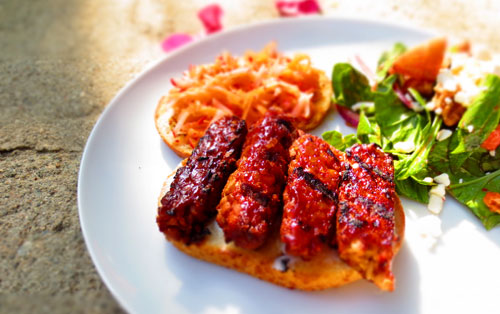 This is the most popular month of the year for fitness and everyone knows it. I’m right in there with everyone else, trying out new things and thinking grandly about setting myself up for the rest of the year. So far, I’ve started running again (we’re all talking about signing up for the Wild West 10 Mile Run), tried out yoga class on my new Roku and 60” TV (which apparently doesn’t sound insanely huge to anybody but me)(it belongs to my roommate), and bought a new mountain bike! 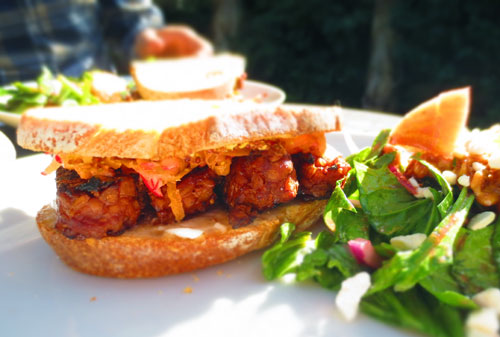 Wes took me on my first mountain bike ride in years last week at our local park. He taught me some techniques and let me have a little taste of different types of terrain, from semi-steep uphills to a few rocks and ruts in the road. I felt ok about my abilities, but was worried about going on a slightly harder ride with a friend the next day. Luckily, that friend cancelled on me, but somehow I was signed up to participate in the SoCal 12 Hrs of Temecula Race instead! 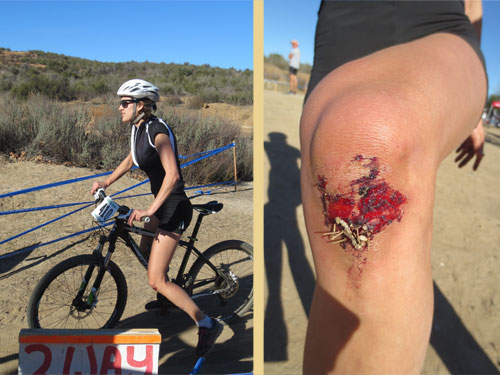 The boys kept telling me that I only had to do one lap, our team wasn’t competitive at all, and I’d be fine. I got on my bike and took off on my own, straight up a mountain, and immediately fell over in front of a speedster who was definitely being competitive, almost getting my head run over. I just carved up my knee instead. The mountain kept growing in front of me, for endless miles. I had to pull over twice on the verge of heat stroke, but never fell again. By the end of the 8.6 mile loop, I’d started feeling awesome about my skills, no longer afraid of steeps or ruts or boulders, and even making it up some hills (my weakness) without having to hike. Its too bad nobody I knew was there to see me, because I totally looked like a pro by the end. Although I can’t imagine having done so well if a friend was there to listen to me whine. Funny what you can do when you are all alone and stuck with no option other than to toughen up and deal with yourself. If you haven’t been in that situation in a while, I encourage it. 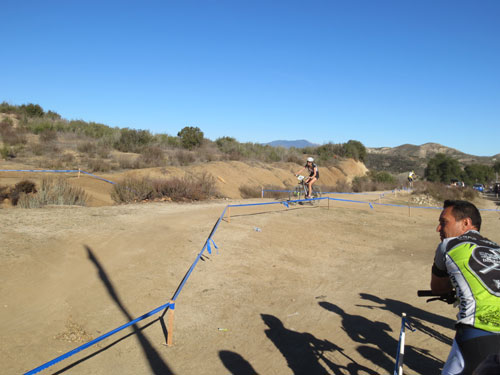 This recipe is a great one to add to your fitness-filled winter camping trip. Its really just a hearty delicious grilled barbecue sandwich that everyone will love, but its more focused on health than any other you’ve had. Its made from tempeh, which many of us have a hard time loving, but trust us on this one. You’ll get everyone on board. The spicy slaw brightens the sandwich up and is hearty enough to withstand a good day of hiking (in cool weather). Thanks again to one of our current favorite cooks, Bryant Terry for another fabulous recipe to inspire us. Keep playing! 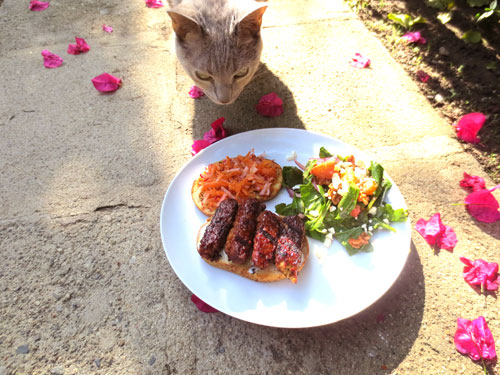 *This can all be made at home before a day trip or picnic and served cold.

One thought on “Tempeh Barbecue Sandwiches”