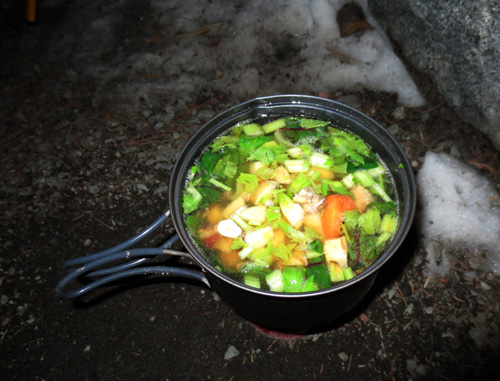 Last week, we had 22 hours to play. Wes’ schedule has been almost exactly the opposite of mine for a while, so those 22 hours were something we really wanted to capitalize on- especially because we had new ice axes. Our closest mountains are the San Gabriels, and the one with snow left on it was Mt. Baldy, so we grabbed our backpacks and hit the trail. Being a Monday at 3pm, we had those last few hours of daylight to ourselves on the trail up, and made it to the Sierra Club Ski Hut just as the sun sunk below the mountains. At the exact same moment, the wind kicked up hard. We found a “flat” spot to set up our “tent” (barebones setup of poles, footprint, and rain fly), and struggled to get it as tightly staked as possible (we need more practice- the wind didn’t help). 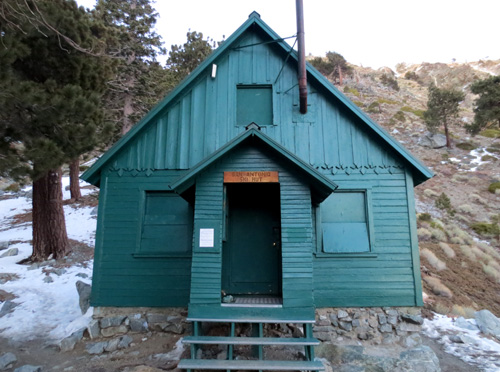 We only had to deal with one real meal on this trip, so we didn’t worry about the weight. I packed a bag full of heavy potatoes, carrots, and celery, and a whole package of tempeh, because I knew the heartiness of a “beef” stew would hit the spot. I was right. It took our entire mini fuel canister to make and caused us to forego a real breakfast and have lukewarm coffee, but it was worth it. Don’t worry, I did my duty as a recipe tester and worked out all the kinks. That’s why you send me out there! 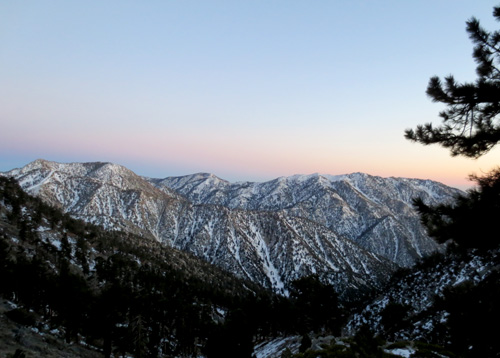 The moon came up as dinner finished, and it must have been the brightest full moon in history! The contrast of the bright snow on Baldy Bowl and the deep black trees surrounding it reminded me of my time living in the woods. Wes and I sat on a tree trunk bench outside the hut for a while, listening to the wind howl and watching the moonlit forest, surprised by how warm we were in such a wintry scene. We could barely sleep that night from the light and the noise and the rock under our backs and the hill we were rolling down, but that just made it easier to get up early the next morning. 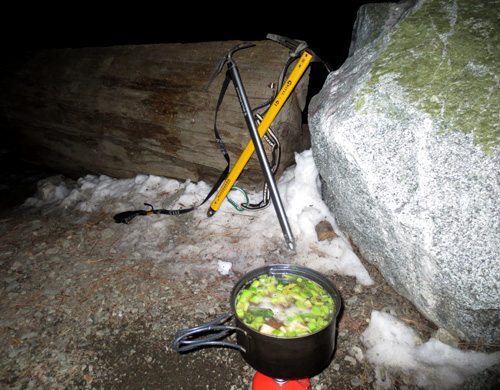 As soon as the sun came over the first peak, the wind stopped. We drank the worst coffee of our lives (lukewarm melted snow mixed with leftover beef stew and iodine), and hiked 14 minutes further to be the first people at the Baldy Bowl, where we spent the next two hours hiking up and self-arresting down. Self-arresting is what you do with an ice axe if you happen to slip down a steep hill. It is serious business and being second-nature with it could save your life, so we practiced a lot, but it also happens to be one of the most fun activities on earth. It was like being at a water park! We glissaded and tumbled down the bowl over and over until we had snow burns on our bellies and expert ice axe handling skills. Then we took off down the mountain, certain we could save ourselves if necessary, and were home before noon- just enough time for Wes to nap before work at 2. 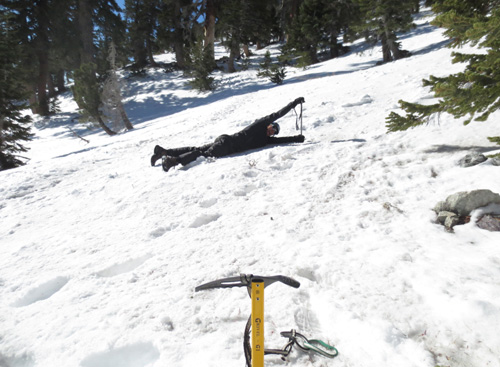 It only took a little planning to make such a great trip happen. I wasn’t any more exhausted than I would have been if I’d gone to the gym instead, but I was much more satisfied and refreshed for work the next day. And having a fabulous fresh meal just made it that much better.

Have you ever taken an emergency trip on a whim like this? We’d love to hear about it in the comments below!