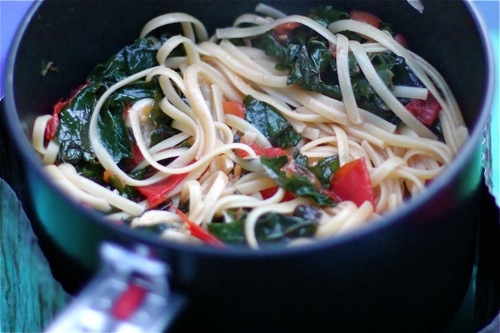 I only discovered kale a couple of years ago when girl I used to work with brought in a bag of kale chips. I was sure they wouldn’t be good but once I tasted them I was hooked. They weren’t even fried, but they were salty and crunchy, exactly what you want in a chip.

Before I tried those chips I thought kale was tough and bitter like other leafy greens such as collards or mustard greens. I was wrong. It’s surprisingly tender, and not bitter. It’s also so good for you—high in antioxidants, vitamins, minerals, and fiber. But my favorite thing about it is when you tear the leaves off the ribs, it smells fresh and so green.

Over the past year, I’ve been experimenting with kale recipes. I was buying it from the grocery store at least once a week, so we decided to try planting kale in our garden this year. It was kind of an afterthought, but it grew like weeds. Our carefully planted tomatoes, on the other hand, didn’t do so well. The plants grew beautifully, but the tomatoes themselves barely grew and those that did just never ripened. 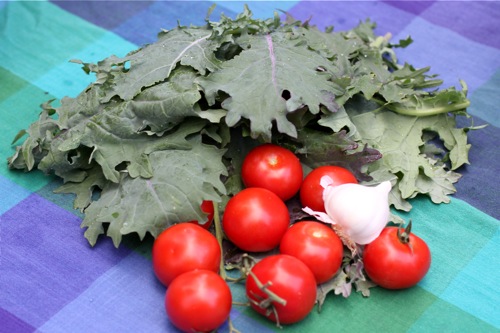 I came up with the recipe for this Tomato and Kale Pasta one day for lunch when I didn’t have many fresh ingredients around the house, but I did have a bounty of kale. I knew right away that it would be a perfect camping recipe—it only requires a few ingredients, it’s easy to prepare, and really is astonishingly flavorful. I officially tested the recipe for camping when I made it on a trip to King’s Canyon a couple of months ago (the same trip where I tried to bring the Almond Flax Granola). It was delicious, and perfect for a cool night by the fire. 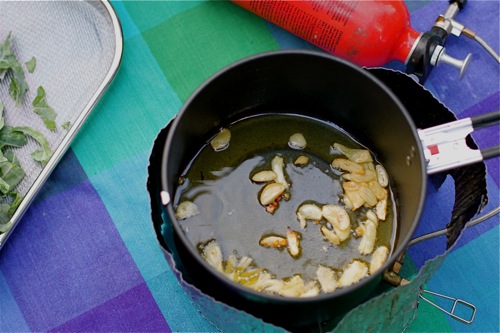 5 thoughts on “Tomato and Kale Pasta”