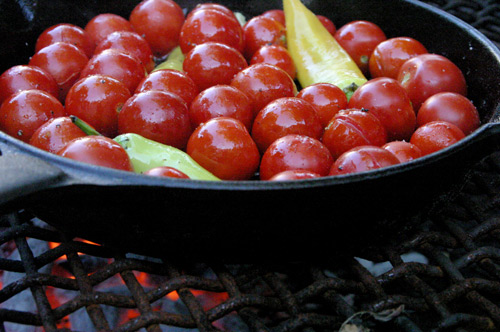 Life isn’t always perfect. Dirty Girls don’t always have more fun. We just know how to heal. There’s been a lot of struggling going on in the world recently, from our personal lives to more major events like the stock market continuing to crash and crash some more. We have to keep reminding ourselves that its not about how you feel and act when everything is going great. Its about how you handle life when shit hits the fan. So far, the things that have kept me going have been the same things that make me happy when things are going great: camping and cooking. That’s how I know they are the most important things in my life.

Both Figueroa Mountain events happened to come just after breakups. The first was my own. Our camping trip had been planned for a while before that for Aimee’s birthday, and I was hesitant to want to go when the actual weekend came, but I knew I needed an escape. It ended up being one of the best trips of my life. I was so determined to get my mind off things and have a great time, that I filled each day with great activities and lots of laughter. Being in the natural world, bonding with people that loved me, and of course afternoon beers all contributed greatly to the speed of my recovery. I knew my life was still going to be great.

The second trip involved the recent breakup of a friend. She came knowing she’d be among a bunch of people that she didn’t know well at all. That didn’t stop her from getting just what she needed to start her own healing process. Its easy to do exactly what you want and need when you’re camping, so she read books in her hammock when she felt like it, and went hiking with us when she felt like doing that (mainly because it included round 2 of banana slug licking- the true cure to a broken heart, even though she was immune to the venom).

The broken-hearted weren’t the only ones in need of healing either. Aimee’s back had been majorly tweaked for a good week before that trip. Adam got hit on his motorcycle the day before. Wes was dealing with pure exhaustion from racing the clock to remodel his kitchen for a TV show (Professional Grade on HGTV- watch for him in December!). Mary Anne ended up getting stung in the eye while we were there, but we credit the location more for healing that injury than providing it. It was like a hospital trip, really. And by the end of this trip, I decided that Figueroa Mountain has especially special healing powers. 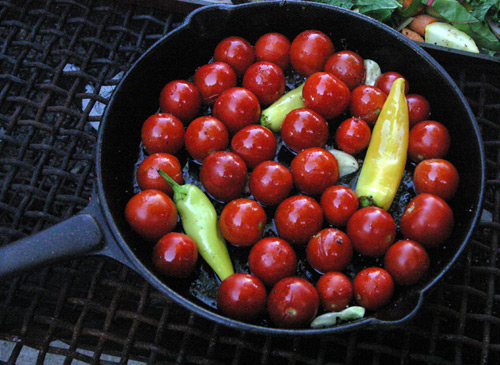 We ate some especially amazing food this weekend, but the one recipe that contributed the most to our collective happiness and healing feeling was this Tomato Relish. Yes, we stole the recipe idea from the July issue of Martha Stewart’s Living, but ours is very different. It was described by Mai-yan first, and the rest of the party guests later as “Oh My God.” That’s all I really have to say about it. Most of us used it as a ketchup alternative for our Vegan Sausages but it was delicious also on bread and mixed grilled vegetables when we made it again at our home BBQ last week. It was made in a cast iron skillet which made all the difference, but don’t let the relish rest in the skillet after you’re done cooking. The acidity of the tomatoes will negatively affect the seasoning of the skillet. 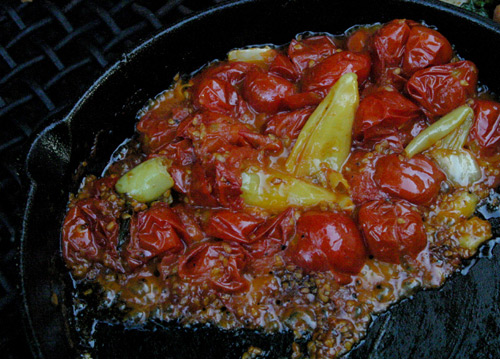 If you are struggling with anything in life right now or in the future, don’t underestimate the power of the “real” world to take care of you and refresh your perspective. Get outside and do something you love to do. You’ll feel the good start rushing back into your soul immediately.