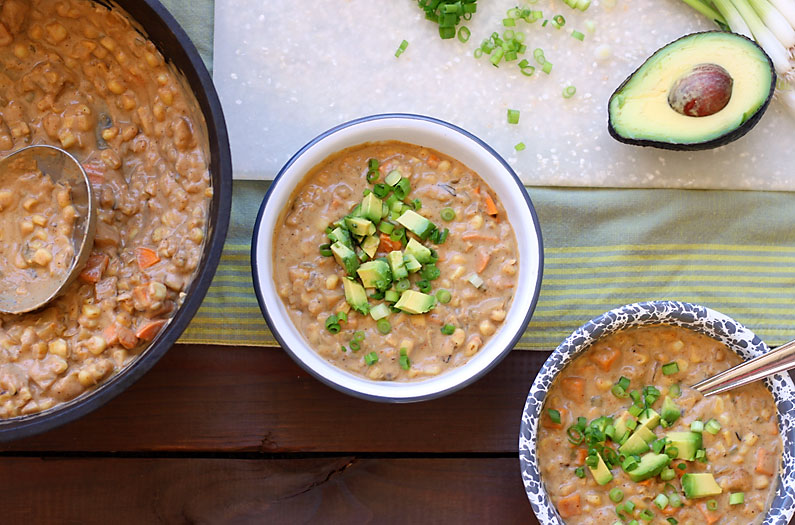 One of the first recipes we posted on our site was this Sweet Potato Corn Chowder. It never got much attention but it’s one of my favorite recipes and I’ve wanted to update the recipe and make a vegan version for a while now.

Aside from veganizing it, there are a couple of other things I wanted to change about the recipe. First, in the original recipe, we called for canned or frozen corn. That still works fine, but with the abundance of corn in summer, I opted to use fresh. It’s worth the effort to grill it and then cut it off the cob for some smoky flavor. Second, this is a great recipe to make entirely on the campfire. Grill the veggies on the fire and then cook the soup in a dutch oven instead of on your camp stove (of course you still can just use your camp stove though!). 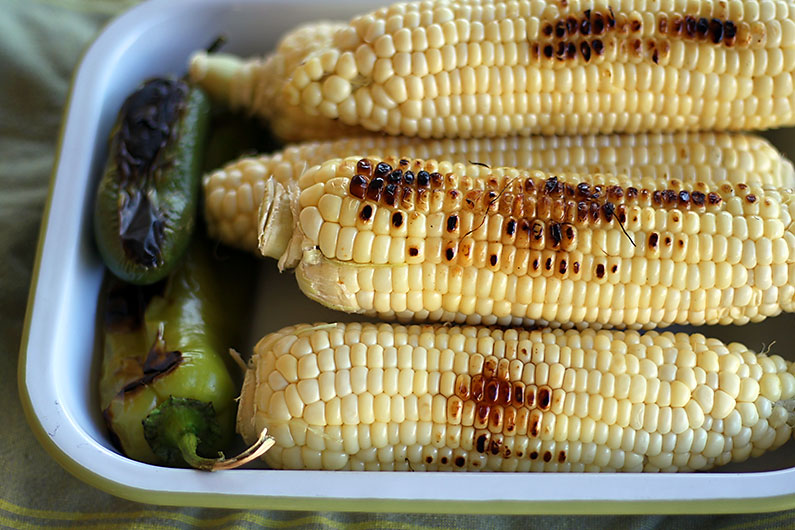 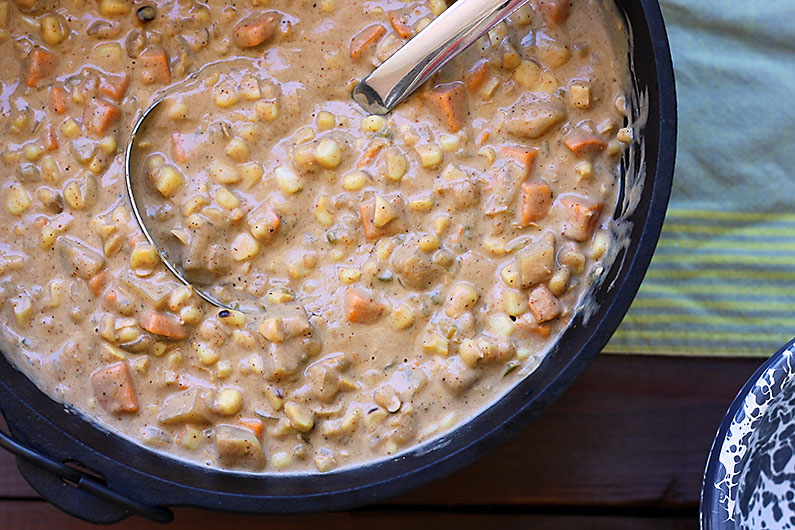 Instead of sour cream, I used cashew cream that I made ahead of time at home. This thickens the soup beautifully and makes it rich and satisfying. You can substitute 1 cup of vegan sour cream if you don’t want to make the cashew cream. 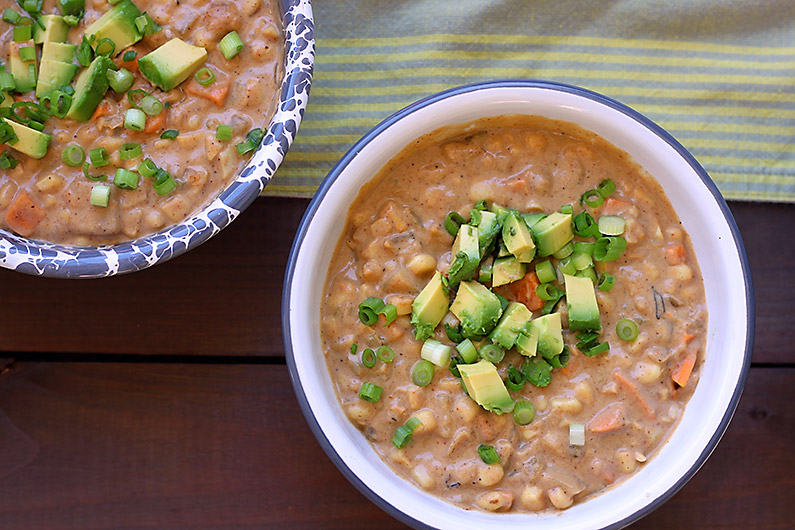 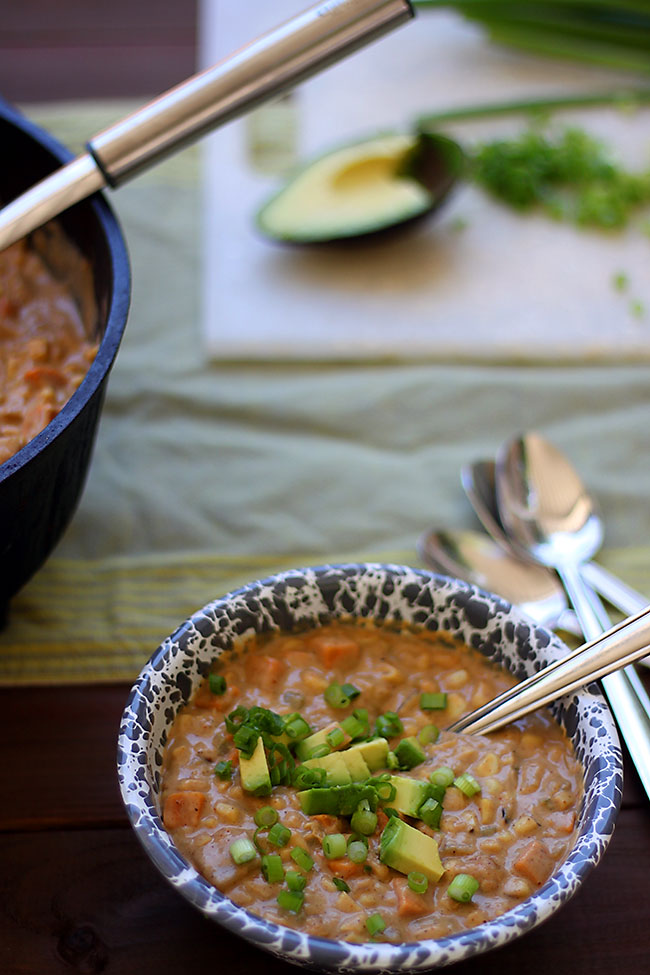